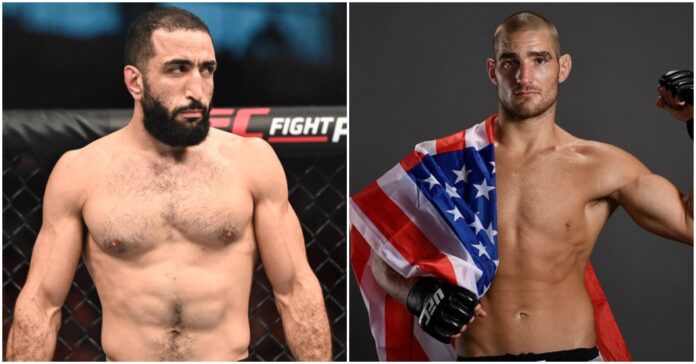 Sean Strickland is on the lookout for a new opponent at UFC 268 and Belal Muhammad has answered the call.

Strickland’s original opponent Luke Rockhold, pulled out of their fight due to a back injury. After that announcement, Muhammad was quick to put out a response on Twitter, asking to be matched up with the ‘piece of trash’.

Strickland took to his Instagram to reply to Muhammad. (H/T mmafighting.com)

“Listen, Belal Muhammad, I heard you’re running your f*cking mouth,” Strickland said during the video. “Last time you were in Vegas, I tried to spar you ’cause I knew you were a little f*ckin’ b*tch and I wanted to hurt you, and it was a good excuse to do it.”

He continues on an expletive-filled rant before explaining why he took the Rockhold fight in the first place. According to Strickland, he wanted an opponent that will move him up in the rankings toward a title shot. He also stated that he does not think that Muhammad fills that requirement.

Muhammad responded again on his Twitter, this time with a video further explaining his hate for Strickland.

“After his last fight, ‘Oh, I’m a bad boy. I want to kill someone in the cage. I want to be the first person to murder somebody. I’m a moron,’ Muhammad said. “Now it’s, ‘Oh I only want to fight rank guys who are above me and are going to get me closer to the title shot. And if it’s possible, can I fight in my home town?’ I know you have a fake persona, you’re soft.”

However, with Muhammad fighting at 170 and Strickland fighting at 185, it does seem like this beef is more personal that practical.

What do you think about a potential fight between Belal Muhammad and Sean Strickland at UFC 268?