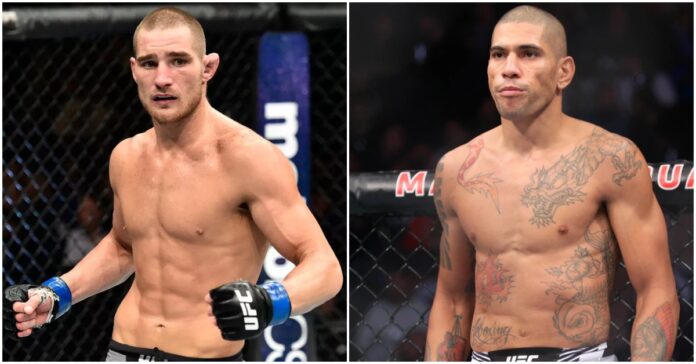 A big middleweight matchup between Sean Strickland and Alex Pereira is being targeted for this summer according to a report from ESPN’s Brett Okamoto.

“Super interesting matchup in the works for UFC 277 on July 30 … Sean Strickland vs. Alex Pereira is verbally agreed to, per sources,” Okamoto wrote on social media. “Has the look of an all action fight on the feet. No official location for this card yet.”

Strickland put on a dominant display to beat top contender Jack Hermansson in the main event of the evening at UFC Vegas 47 last month. Strickland jabbed his opponent’s face off for the vast majority of the 25-minute fight and ultimately walked away with a decision victory but he was disappointed in his performance and apologized for being involved in a dull fight during the post-fight press conference.

The 31-year-old is riding a five-fight win streak since relocating to the middleweight division in 2020. Strickland has picked up big wins over the likes of Uriah Hall, Krzysztof Jotko and Brendan Allen.

Pereira is just two fights into his UFC career but the Brazilian kickboxing legend has been asking for a serious step up in opposition.

After beating Bruno Silva by unanimous decision at UFC Vegas 50 the unraked Pereira called for a shot at the number one middleweight contender, Jared Cannonier. The Brazilian hasn’t quite landed that fight but he’ll surely be satisfied with facing the #4 ranked Strickland.

Pereira famously holds two wins over UFC middleweight champion Israel Adesanya in kickboxing. The former Glory champion first beat ‘Stylebender’ by decision in 2016 before becoming the only man to ever KO Adesanya when they rematched one year later. ‘Po Atan’ is desperate to make it three wins over his arch-rival who has since gone on to achieve greatness in MMA.

How do you think Sean Strickland vs. Alex Pereira will play out?