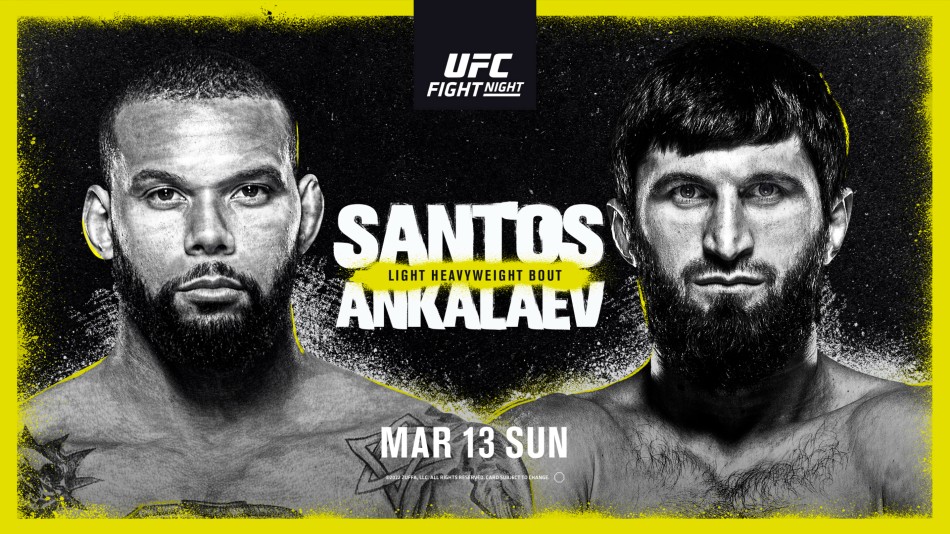 LowKick MMA will be bringing you UFC 272: Covington vs. Masvidal results throughout the night (Sat. March 12. 2022) live from the UFC Apex facility in Las Vegas, Nevada.

In his most recent outing, Brazilian striker, Santos snapped a three-fight losing run with a rather forgettable unanimous decision win against Johnny Walker back in October.

For Ankalaev, the #6 ranked contender is currently in the midst of a seven-fight winning run, most recently closing out a unanimous decision victory of his own against former title challenger, Volkan Oezdemir.