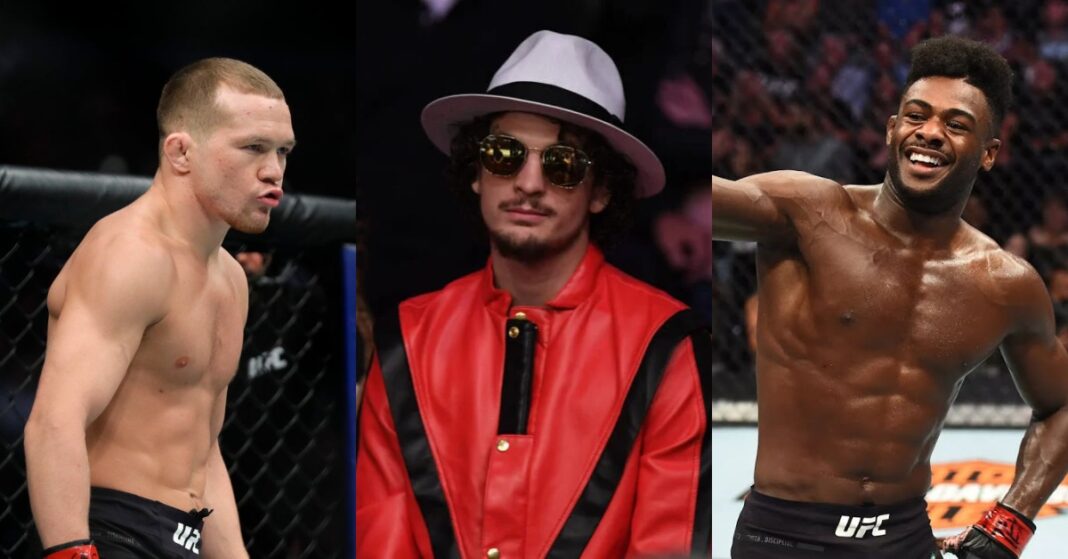 UFC bantamweight Sean O’Malley has expressed his surprise that the current 135lb champion Aljamain Sterling is a heavy underdog going into his rematch with Petr Yan.

The first fight between Sterling and Yan resulted in a controversial disqualification for ‘No Mercy.’ Yan landed an illegal knee to his grounded opponent, resulting in Sterling being unable to continue. However, prior to the DQ, Yan had been comfortably pulling away from Sterling, and looked close to finishing him.

As a result, Sterling has been made a heavy betting underdog, with some books having him as high as +385. This is a fact that surprised top 15 bantamweight Sean O’Malley, who believed that the first fight warranted a much closer betting line. Speaking on episode 58 of BROMALLEY, ‘Sugar’ noted that if Sterling is able to maintain his output without gassing, then ‘The Funkmaster’ may well have a very good chance at leaving with his hand raised.

“It was weird though because it didn’t seem like Aljo was actually doing any damage” said Sean O’Malley. “He had very high output, Petr had really good defense. That’s just kinda his style. Who knows how he was feeling. If he could keep that pace that entire 25 minutes, Petr didn’t really have an answer too much for that chaotic [style]. He just had good defense, wasn’t getting [hit], landed a couple of shots here and there. I don’t know, I’m super interested in that fight.” (Transcribed by MiddleEasy).

Petr Yan recently revealed one detail that may sway things in Aljamain Sterling’s favor. He will not have his usual team to corner him for UFC 273. Ever the opportunist, Sean O’Malley was quick to throw his name in the hat to help ‘No Mercy’ out.

Aljamain Sterling vs. Petr Yan 2 will serve as the co-main event of UFC 273. The event is stacked full of talent, with an electric main event that will UFC featherweight champion Alexander Volkanovski take on 145lb veteran Chan Sung Jung, aka ‘The Korean Zombie.’

Who do you see coming out on top when Aljamain Sterling and Petr Yan face off for a second time?