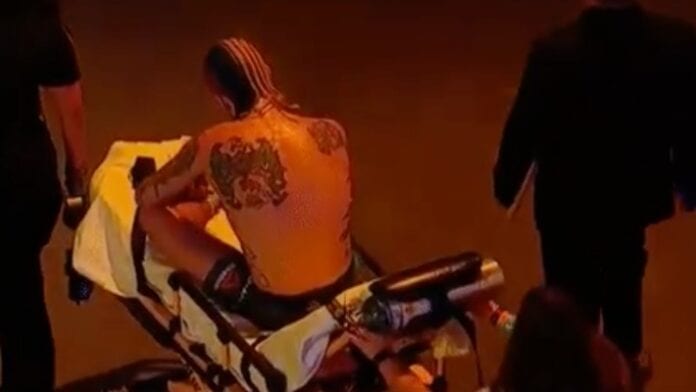 Sean O’Malley is seemingly in good spirits despite his latest setback.

O’Malley met Marlon Vera in the co-main event of UFC 252 on Saturday night. Despite what was an even contest on the feet for most of the fight, O’Malley would end up injuring his ankle which ultimately led to his demise.

He would eventually slip on his own feet and end up receiving ground and pound from Vera before the referee quickly put an end to the contest in the first round.

As a result, O’Malley suffered the first defeat of his professional career as he was carted off following the fight.

While it’s natural that many on social media mocked him for the defeat and labeled this as the end of the hype train, it appears O’Malley received more well-wishes and support as he posted a short message after the fight.

Hopefully, O’Malley’s injury is nothing too serious and he is back in the Octagon sooner rather than later.

What did you make of the fight before the injury?