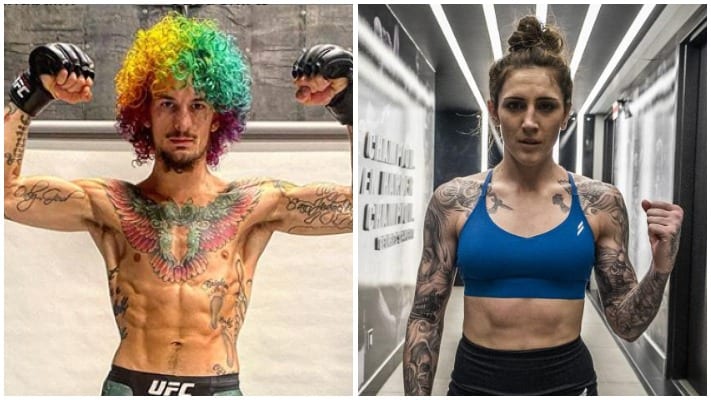 UFC bantamweight prospect Sean O’Malley has spoken out for the first time since Casey Kenney made sexual and insensitive remarks about Megan Anderson during an appearance on his podcast.

During a January episode of “The Timbo Sugarshow”, Kenney was asked by O’Malley’s coach, Tim Welch, if he would “smash” Megan Anderson.

Anderson took to social media to blast Kenney for his “utterly degrading” remarks.

“I guess MMA is a line of work where you can publicly talk about whether you’d have sex with a coworker in an utterly degrading way and face zero consequences,” Anderson wrote. “Disgusting behavior and it’s unfortunate that he’ll be fighting on my card in March.

Kenney has since apologized for his comments but O’Malley had stayed silent on the issue until a recent interview with Ariel Helwani.

O’Malley is set to compete at UFC 260 this Saturday. ‘Suga’ will face Thomas Almeida.

It’s his first bout back since losing his undefeated record against Marlon Vera at UFC 252.

Do you think Sean O’Malley should’ve been more apologetic for his role in upsetting Megan Anderson?