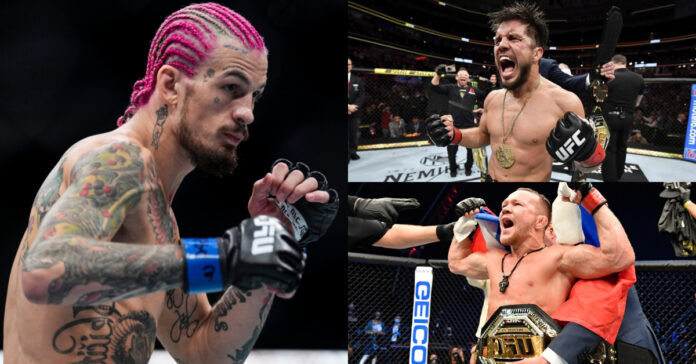 Sean O’Malley was not expecting Petr Yan to accept the fight.

Rising prospect O’Malley is scheduled to take on the former interim UFC bantamweight title holder in his toughest test yet at UFC 280. Coming off a no-contest against Pedro Munhoz in his last outing, O’Malley will get to face the current top-ranked contender in the division.

In an appearance on The MMA Hour with Ariel Helwani, Sean O’Malley expressed his surprise at Yan taking the fight.

“Everyone in the top 10 (was) booked out, everyone in the top ten has a fight,” he said. “Petr Yan was the only one that didn’t have a fight. Going into that fight, he said, ‘hey, call me out if you win.’ Joe Rogan forgot to hand me the mic after I won so I wasn’t able to call him out after that.

“There wasn’t a good way to call him out. UFC was like, ‘alright, we’ll see. We’ll see if Petr wants that fight, and for some reason, I wasn’t expecting him to accept it, to be honest. It’s a risky fight for Petr.

“He’s not stupid, well maybe he is, he looks at me, he’s a high-level boxer, he’s a high-level MMA fighter, he’s gotta look at me and know I have legitimate skills. I’m not really in the top 10 but I think in his mind a win over me is a huge win.”

O’Malley had asked for Henry Cejudo

O’Malley revealed that he had initially asked to welcome back Henry Cejudo to fighting.

“I asked for that fight,” he added. “They said obviously the USADA thing, he’s not eligible. Then Petr was all the way up there too and I’m going to take the Petr fight.