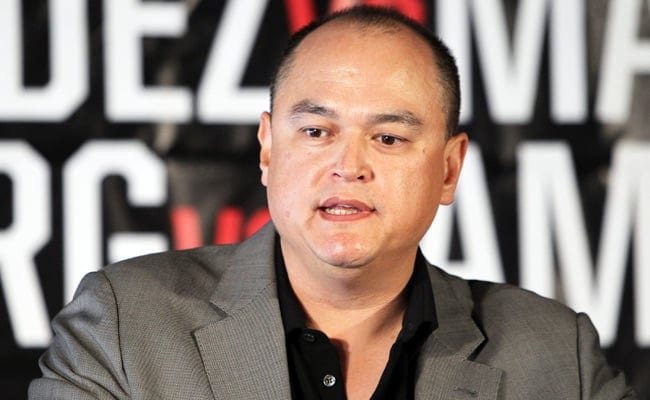 Kimbo Slice is coming off a win over Ken Shamrock at Bellator 138 and is looking for his next challenge. However, for those who may have wanted to see him fight Fedor Emelianenko in December, sorry folks that is not happening.

During his appearance on the MMA Hour today, Bellator MMA President Scott Coker confirmed that the fight would not be happening.

“No, no. Kimbo is a Bellator fighter,” Coker said. “We have other plans for Kimbo.”

Coker did, however, mention that Slice is a Bellator exclusive who should be kept for special flights and those fights start in 2016.

Kimbo Slice (5-2), is currently on a one-fight winning streak. In his last six bouts, he beat David Abbott in February of 2008 by first-round knockout then James Thompson in May of 2008 by third-round TKO, but then lost to Seth Petruzelli in October of 2008 by first-round TKO. He made his UFC debut at TUF 10 in December of 2009 when he beat Houston Alexander by unanimous decision. In his second UFC fight and his last bout prior to Bellator 138, he lost to Matt Mitrione at UFC 133 by second-round TKO. He knocked out Ken Shamrock in the first round at Bellator 138.

It was then brought up about Slice possibly fighting the winner of a Nov. 6 fight between Bobby Lashley vs. James Thompson.

If you recall, Slice defeated Thompson via third-round TKO in 2008, which drew 6.51 million viewers on CBS.

When Slice fought Shamrock at Bellator 138, that show did the highest viewership in Bellator’s history with 2.9 viewers.

“We might take a look at maybe the winner of that fight and Kimbo,” Coker said.