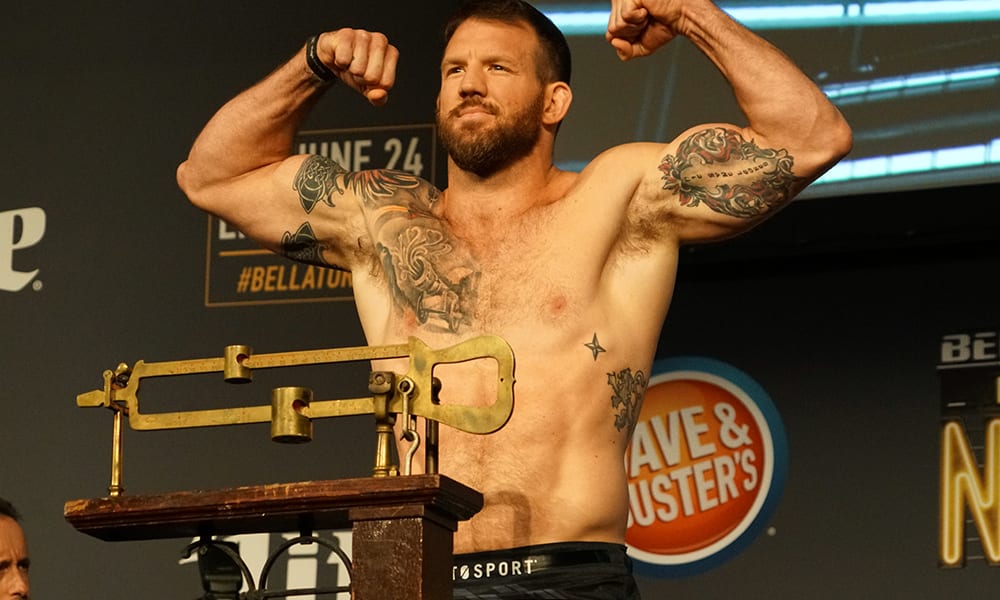 Stipe Miocic may have recently recaptured the heavyweight crown from Daniel Cormier, but not everyone is convinced that he’s the best big man in the business.

According to Bellator President Scott Coker, his promotion’s heavyweight champ, Ryan Bader, is the man deserving of the “baddest man on the planet” moniker. In fact, Coker believes that Bader would beat the current UFC titleholder 8 times out of 10.

The Bellator executive explained his logic to Sherdog.

“Here is how I feel. If he fought Stipe, what would happen? I think he (Ryan Bader) is a better wrestler. He can deal with the striking ability. I think it would end up on the ground in a ground and pound situation. I think if ‘DC’ would rewind it, ‘DC’ is my boy I love that guy. If he were to rewind it, that is what he would do because he would win the fight.”

“Bader has that transition game. I think Ryan Bader and Stipe would be a good fight but Bader and ‘DC’ would be an amazing fight. My guy could handle anyone of their champs. My guy has proven he has one-punch knockout power.

“To go through the gauntlet of the tournament and how he does against (Cheick) Kongo, I feel confident to say he is the best heavyweight in the world. These things, on any given day, one punch, one takedown, things could happen. If they fought 10 times, 8 out of 10 I think my guy wins.”

Of course, Coker may be a bit bias, but his remarks are sure to spark a lively debate among MMA fans.

Do you think Ryan Bader could beat Stipe Miocic, or is Scott Coker mistaken?