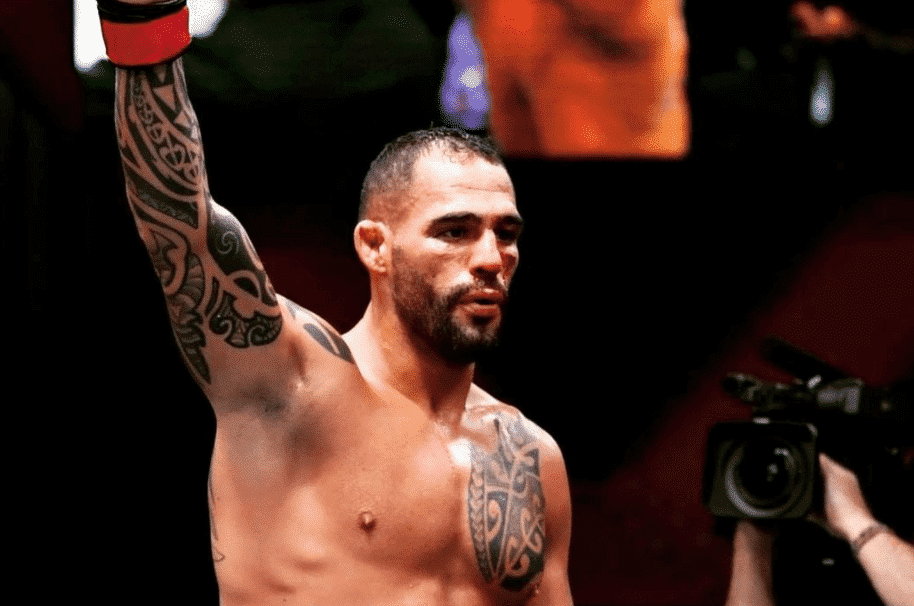 Santiago Ponzinnibio wants a big name for his next fight.

The contest earned Fight of the Night honors as Ponzinibbio was visibly emotional after all the struggles he had to deal with over the course of the last two-plus years.

Now back in the win column, the Argentinian wants to be ranked again in addition to fighting a top name. Targeting a return in the next two or three months, Ponzinibbio also has an idea of who he wants.

“Maybe end of August or September, I will see (when to return),” he said at the post-fight press conference (via BJ Penn). “I would really like to get back into the rankings and give me a tough guy. Maybe Vicente Luque, he’s doing very well. We can do an exciting fight. I respect him a lot and I think we can do a great fight.

“Or the guy who might lose between Stephen Thompson and Gilbert Burns (at UFC 264). For the guy that’s going to walk away, he’s going to go to the belt. The guy who’s going to lose, it’s a really good fight for me to show to the world I am back and I can be champion of the world and stay with the best fighters in the world. For sure I’m going to do an exciting fight again.”

Any of those fights are guaranteed to be bangers. It just depends on whether Ponzinibbio can find himself back in the rankings when they’re updated next week.