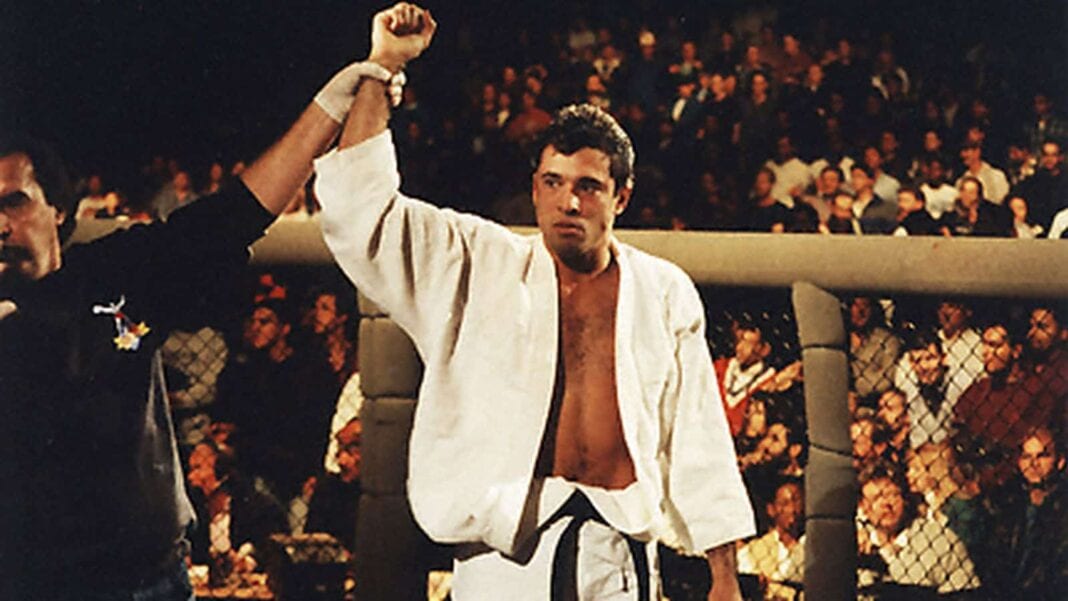 Royce Gracie recently talked about UFC 1 and his bizarre championship fight against Gerard Gordeau. The fight itself was over in less than two minutes. However, there was still plenty of controversy.

In an interview with MMA TRUFAN, Gracie explained that there were only two rules for the inaugural UFC event.

“The only rules in the first UFC (were) no eye gouging and no biting. But even if the opponent did it, there was no disqualification. It would be more like the referee would call his attention like, ‘Hey, don’t do this again.’ So, the fight goes on. It’s a men’s agreement. Don’t eye gouge, don’t bite.”

“So that’s when I give him a  couple of extra head butts. And when I got the choke I didn’t see him tap, I held it a little longer (laughs).”

Gracie faced Dutch striker Gerard Gordeau in the finals of the event. He expected it to be similar to his previous fights that night but he shared Gordeau decided not to play by the rules.

“When I got in (the octagon) with Gerard Gordeau and I took him down, he took a bite of my ear. So, I pulled it off (of) his mouth. I look at him and whisper, ‘Dude, you’re cheating!.’”

However, Gracie said Gordeau didn’t seem remorseful over it in the least.

MMA TRUFAN asked Gordeau about Gracie’s claim and he was quite forthcoming.

“I hate losing. Every time my opponents get hold (of me) it’s a present for me, and I bite (them).”

Gordeau said that he had bitten other opponents in the past. Gracie jokingly shared how he responded.

“So that’s when I give him a  couple of extra head butts. And when I got the choke I didn’t see him tap, I held it a little longer (laughs).”

Gracie would win UFC 1 with this victory and go on to win two out of the next three UFC events.