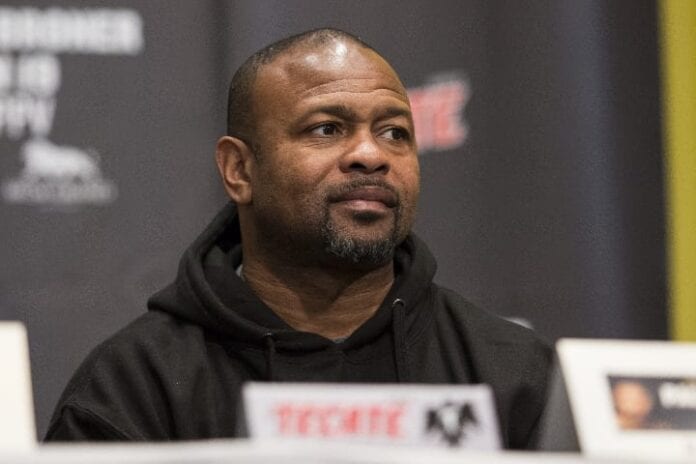 On September 12, Jones Jr will return to the ring to face heavyweight legend, Mike Tyson in an eight-round exhibition bout. In an interview with MMA Fighting Jones Jr revealed he is hoping to have more fights facing off against ‘Iron Mike’ and Silva is very much still in his sights after years of back-and-forth about the potential match-up, he said.

“People have been talking about Roy Jones Jr. vs. Anderson Silva in a boxing match for years, even before the McGregor-Mayweather fight happened. We were supposed to happen first. And, unlike that fight, Anderson has professional boxing experience. McGregor didn’t. So, this is much more of a competitive fight, especially with us being older. Now, because he has experience it is much easier for him to survive. He doesn’t have to deal with the young tiger Roy Jones. He gets to deal with the older Roy Jones where he may have a chance to deal with because I’m much older than what I once was. But, that still is a big event and it would’ve been a big event if it happened back then. As Mike shows you now, never say never, the opportunity may come now.”

Jones Jr says provided he gets out of the fight with Tyson safe and healthy he is more than willing to box ‘The Spider’ in his next fight, he said.

“He is a great friend of mine, he’s a good person. Doesn’t speak good English but he always wanted to make a fight with me, they just never allowed him the opportunity to do it, or they never had the right time to do it,” he said. “We both gave our words that if we ever got the opportunity, we would. If the opportunity comes along, I’m sure that maybe one of the other fights I entertain. I did give him my word that if the opportunity came, I would. So if I’m healthy and cool after this fight, he could get it.” (Transcribed by BJPENN.com)