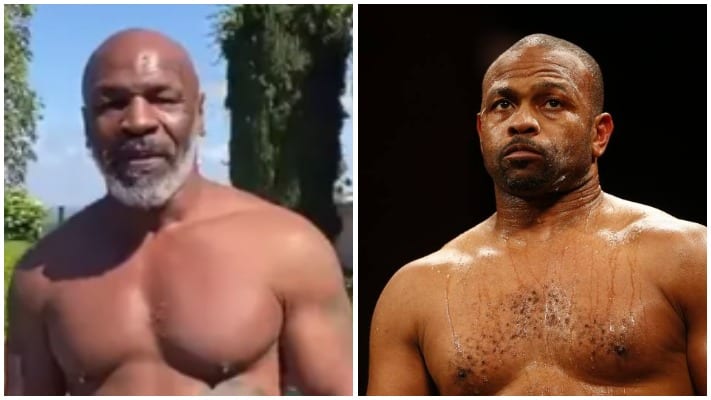 Heavyweight boxing legend Mike Tyson finally has an opponent and a date for his highly anticipated comeback fight. ‘Iron Mike’ will square off against Roy Jones Jr. in California on September 12.

According to a report from TMZ Tyson and Jone Jr. will compete in an eight-round exhibition fight and the card will be titled ‘Frontline Battle’. The fight will be available on Pay-per-view and on the social media platform Triller. The event will include an undercard of fights as well as live musical performances.

Tyson revealed although the fight is billed as an exhibition bout he will be going for the knockout as he always does, he said.

“Anybody who knows me, I don’t know how to [take my foot off the gas]. I just know one way of fighting and that’s just what it is.”

Tyson announced in April that he was training for a surprise return to boxing. The 54-year-old has since released various training videos which have excited fans and showed off his infamous punching power.

The Hall of Fame boxer has been linked to a bunch of different names for his comeback including MMA fighters Tito Ortiz, Wanderlei Silva and Ken Shamrock. Tyson has also reportedly turned down a $20 million offer to fight under the Bare Knuckle Fighting Championship banner. Long-time rival, Evander Holyfield was also believed to be in contention to face Tyson in his return but he seems to have missed out – at least for now.

Who wins on September 12? Mike Tyson or Roy Jones Jr?