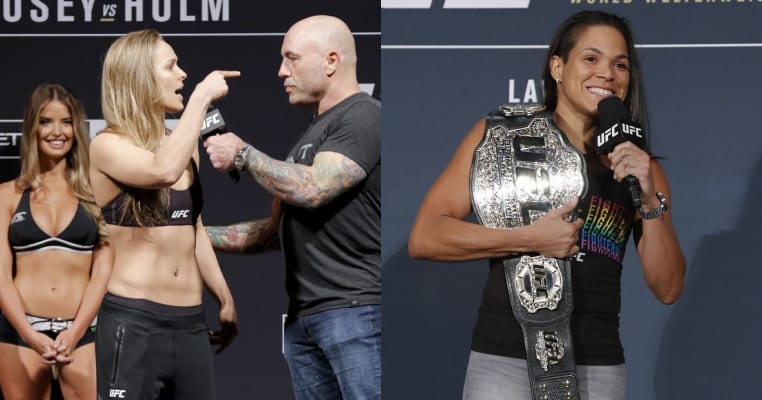 When it was announced that Ronda Rousey would be returning at UFC 207, the MMA world was again set ablaze. Having been the UFC’s biggest draw for all of 2015, ‘Rowdy’ would take a year out after UFC 193. Handing the formerly dominant champion her ticket to vacation was Holly Holm, a massive underdog, with a huge KO. Going on to lose against Miesha Tate, Holm would become the second of four champions in the divisional timeline. ‘Cupcake’ got cooked by Amanda Nunes at UFC 200, and so we find ourselves at present day.

Following an entire year of speculation, talks of depression and possible retirement, Rousey was back. Well, not so much, according to UFC president Dana White, she’s still frustrated. ‘Rowdy’ felt the MMA media had “turned on her,” to quote White, and the ramifications of those feelings are now becoming clear. Earlier this week we reported Rousey’s contract had a no-MMA media clause. We didn’t know how far that would reach. 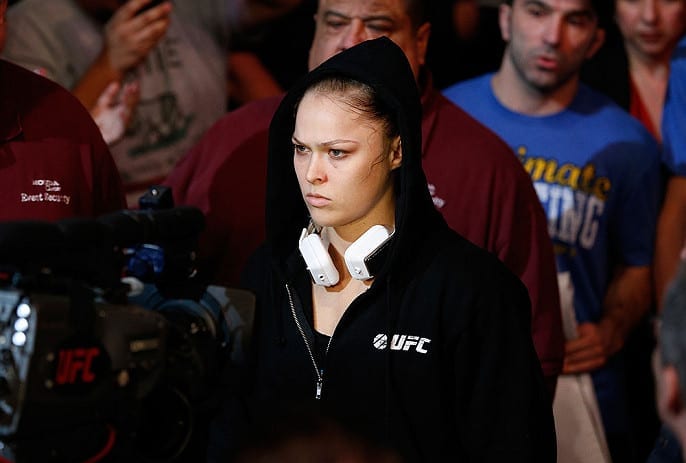 According to fight insider Dave Meltzer, via Fight Ghost on Twitter, Ronda Rousey has described the UFC 207 fight week presser as “stupid.” Needless to say, the tradition of fight week pressers is part of what helps hype an event last-minute. Considering the UFC has been pouring Rousey-heavy promo videos on us all month, her refusal to attend the presser is quite astonishing.

Meltzer on WO pod today said, as of now, Rousey is refusing to do any fight week media – including the official presser. Called it "stupid".

Could we be seeing some vengeance for all the “negative” media after UFC 193? Maybe, or perhaps Rousey just wants to focus all her attention on the task ahead. Nunes is a big, strong and well-rounded fighter, and if Rousey has a no-media clause in her contract, well then she clearly has no obligation to attend a presser.

One thing is for sure, if Rousey’s refusal to attend the presser is an indication that she isn’t ready for the limelight yet, it will show on fight night. All this and more remains to be seen, but don’t plan on seeing Ronda Rousey during fight week, unless it’s at the weigh-ins or during some pre-recorded promos.