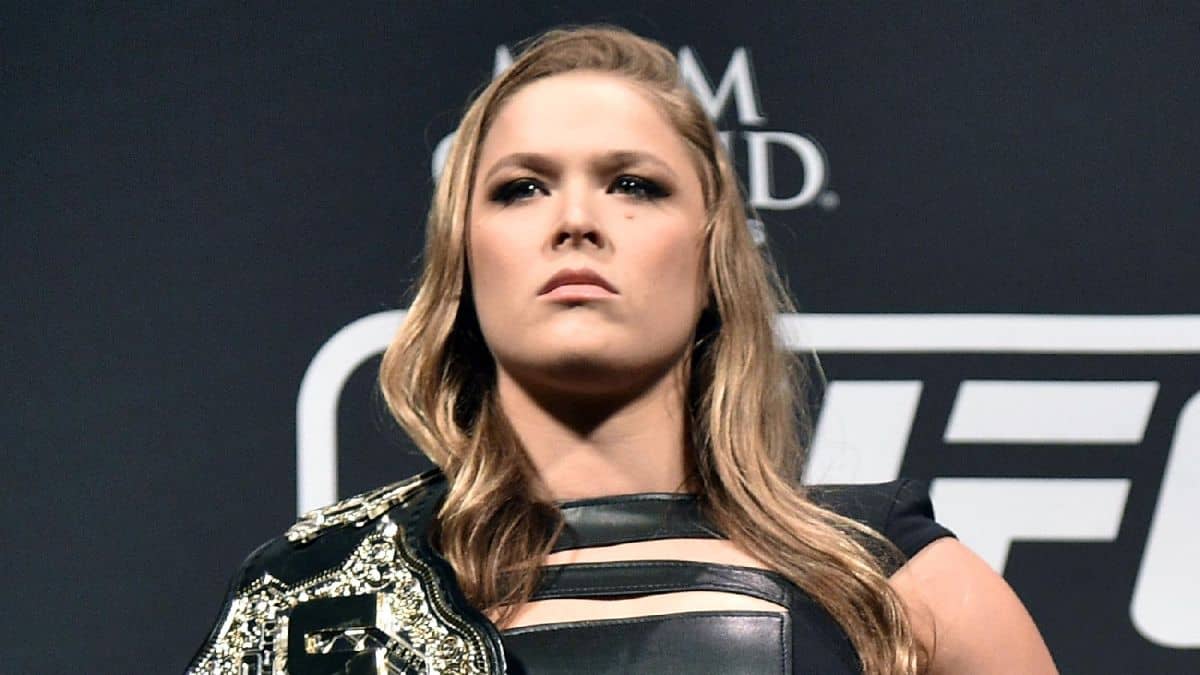 Recently, former UFC women’s champion Ronda Rousey has appeared at World Wrestling Entertainment (WWE) tapings, leading to speculation that ‘Rowdy’ would soon begin a career in pro-wrestling after losing her last two bouts in the octagon.

Rousey has been out of action since a first-round TKO loss to current UFC women’s bantamweight champion Amanda Nunes in the main event of last December’s UFC 207, a loss that followed her shocking knockout at the feet of Holly Holm in her previous bout at UFC 193.

It’s widely believed the women’s MMA pioneer will never return to compete in MMA, and UFC President Dana White, a good friend of Rousey’s, has repeatedly stated he believes it to be true in interviews. The rumors of her foray into the WWE only serve to give weight to that view, and apparently, she’s becoming quite involved with pro-wrestling.

A well-known lifelong fan, Rousey has already entered into training with the WWE according to Fightful.com (via MMA Mania):

“According to sources, WWE had referred Rousey and company to current superstar Brian Kendrick for training purposes in Southern California. There was also buzz backstage at the tournament — mainly among WWE employees and contractors — that Rousey’s training would start soon. She’s taken some basic bumps among other things thus far.”

Rousey’s ‘Forse Horsewomen’ teammate Shayna Baszler recently competed in and won two matches in ‘The Mae Young Classic,’ a WWE tournament consisting of female competitors, for which Rousey was present ringside, prompting speculation that some sort of angle involving Rousey, Baszler, and the other two ‘Horsewomen,’ Jessamyn Duke and Marina Shafir versus a team of the top female wrestlers in WWE.

That would be a huge draw for WWE, and based on the situation where they ‘lent’ Brock Lesnar to the UFC so he could face Mark Hunt at UFC 200 last summer, it certainly isn’t a far-fetched possibility in that regard. Rousey doesn’t seem to want to return to fighting, at least not anytime soon, so a stint with the WWE where she’d be an obvious huge attraction without taking any more unnecessary punishment could be a welcome direction for her career.

And with her personal website recently revealing “Big news,” this could be what they were referring to. Stay tuned.