LowKickMMA.com
Home UFC News Robert Whittaker questions ‘what more’ he has to do to get a... 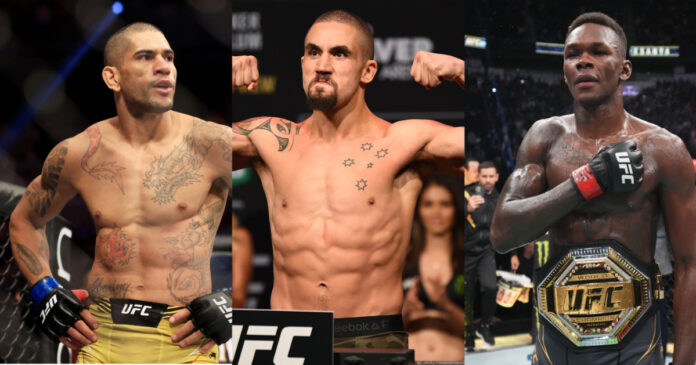 Before any hopes of potentially facing Israel Adesanya for a third time, Robert Whittaker will have to beat fellow middleweight, Paulo Costa.

If Whittaker is successful in his bid to defeat the marauding Costa, he will officially hold wins on over half of the top 15, a sort of feat only ever usually achieved by champions.

This level of accomplishment would almost certainly earn someone a title fight, but as Whittaker has taken on and lost to current champion Israel Adesanya twice, it seems the Australian will have to continue to prove his worth.

In between their first fight and second fight, Whittaker, had to beat Darren Till, Kelvin Gastelum and Marvin Vettori before earning another shot at Adesanya.

Whittaker is aware he will need to jump through some hoops before getting another title shot, in good spirits about the situation but said his full focus is on Costa.

“Well, what more does he want me to do,” Whittaker said to Fox Sports. “Hit him with my car? Any fight between us, people are going to watch.

“To be honest, I’m not even focused on that right now,” Whittaker continued. “My next fight is against Paulo Costa.

“And trying to get a title shot after a Costa loss, that would be hard. Especially when they’re trying every excuse under the sun not to give me one anyway.”

Adesanya will take on Alex Pereira this weekend in a grudge match that some are tipping to be one of his biggest challenges yet. Whittaker himself would admit it was a 50/50 fight.

“Really, hard to say,” Whittaker said. “Because I think this is a 50/50 fight, but if I was betting my house, I would have to say Israel because in a fight like this, the defensive fighter is definitely the safer play.” (H/T Fox Sports)