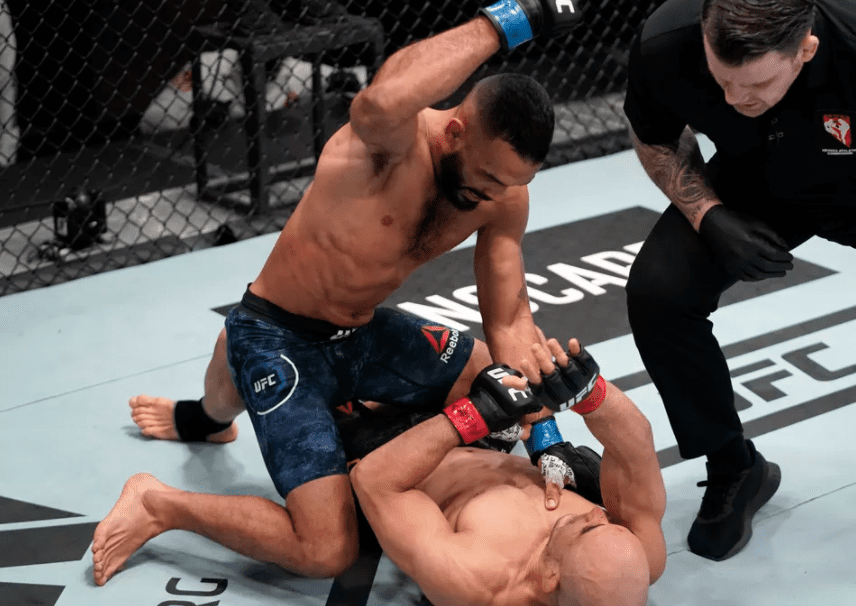 Rob Font wants TJ Dillashaw or a headlining spot next.

Font earned arguably the biggest win of his career following an emphatic first-round knockout of former title challenger Marlon Moraes at UFC Vegas 17 last night. It put him on a three-fight winning streak in addition to four wins in his last five outings.

Following the victory, Font called for a fight with the returning former bantamweight champion TJ Dillashaw next. He explained why he wanted Dillashaw further at the post-fight press conference while adding that if that wasn’t the case, he would prefer a headliner fight at the very least.

“I would love to fight that guy,” Font said of Dillashaw (via MMA Fighting). “He’s an ex-champ. Big name, huge name.

“If I don’t get that fight, I just would love to headline a card. I want someone big, either a big name, some type of headline, I would even fill in for the champ, we’ll figure something out.”

With Jose Aldo also calling for a fight with Dillashaw, it’s possible Font may be overlooked. However, his finish over Moraes was certainly more impressive than Aldo’s unanimous decision win over Marlon Vera.

The finish also went just as planned according to Font.

Add in the fact that Aldo — albeit controversially — lost a decision to Moraes and Font certainly has a better claim at getting the Dillashaw fight.

Regardless of who he ends up facing next, Font hopes to eventually become champion in 2021 alongside New England Cartel teammate Calvin Kattar who faces Max Holloway next month.

“2021, Calvin Kattar and myself will be fighting for the title,” Font added.

Who do you want to see Font face next?