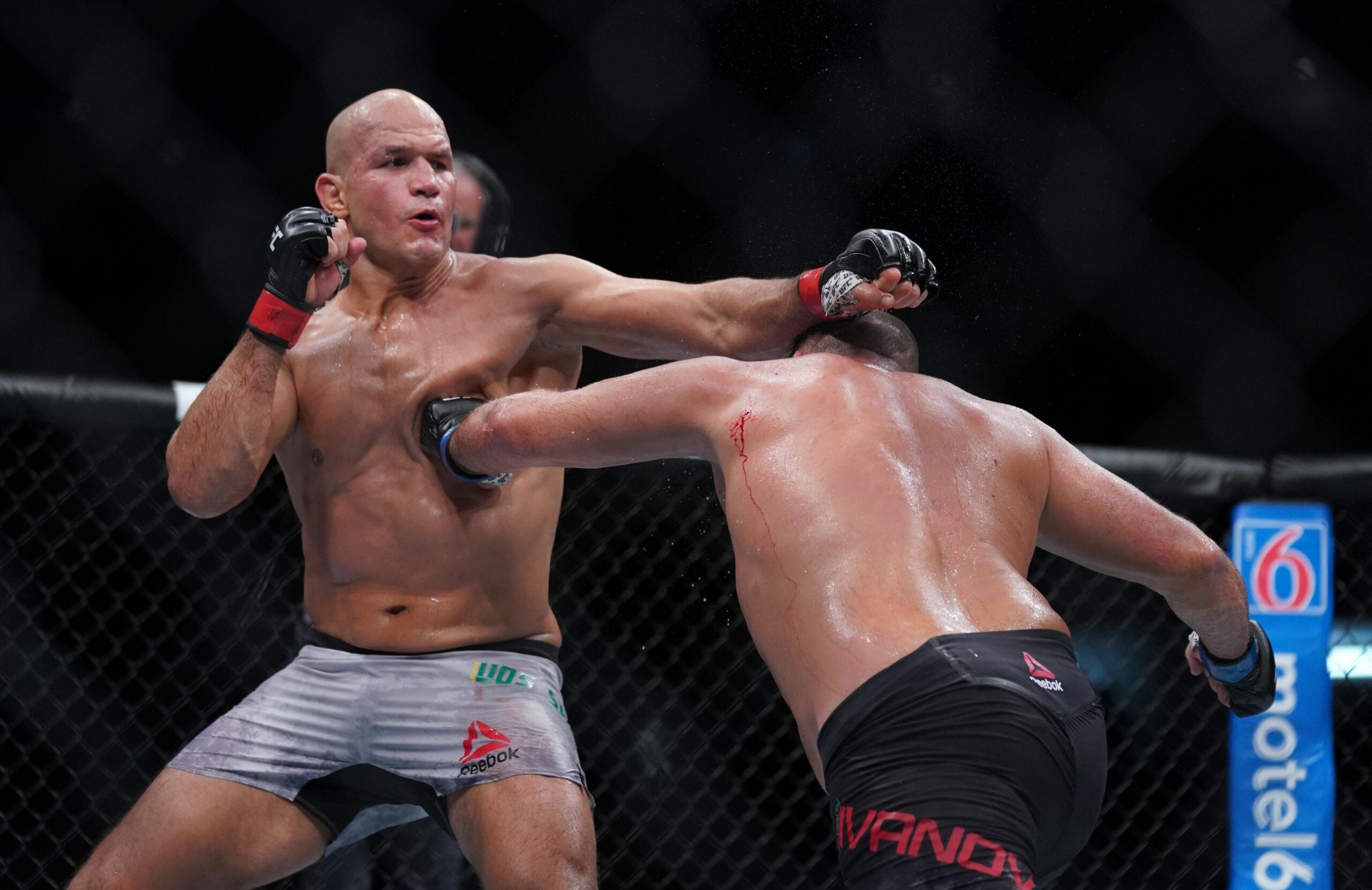 “Cigano” will meet 25-year-old knockout artist Tai Tuivasa in the main event of UFC Fight Night 142 on Dec. 2, 2018, inside Adelaide Entertainment Centre in South Australia. The bout was first reported by Combate.

Tuivasa has won all eight of his pro-MMA bouts. He knocked out his opponent in the first seven match-ups. “Bam Bam” most recently faced his toughest challenge in former UFC heavyweight champ Andrei Arlovski this June. Tuivasa won the fight by unanimous decision.

He’ll once again meet his toughest challenge in his next fight. Former champion dos Santos got back into the win column in his last fight by outlasting Blagoy Ivanov in the main event of July’s UFC Boise. He was once one of the most feared knockout artists in the UFC, but inconsistent results have made that reputation a bit tenuous right now. Dos Santos has not won back-to-back fights since 2012.

He still remains one of the most recognizable names in the heavyweight division due to his title run and legendary rivalry with Cain Velasquez.

‘Cigano’ currently sits at No. 7 in official UFC heavyweight rankings. His match-up with Tuivasa promises to be much tougher than this nightclub brawl he was falsely identified in.