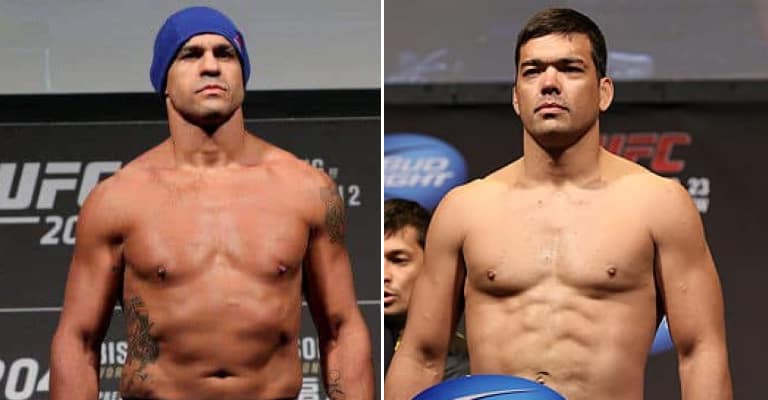 Two Brazilian MMA legends are set to do battle at UFC 224 in what could be a retirement fight for both men in front of their Brazilian fans, according to a report by MMA Fighting.

Lyoto Machida will reportedly take on Vitor Belfort in a battle of aging former champions in at May’s UFC 224 Rio de Janeiro.

Both men have seen better days as fighters, with Machida recently snapping a brutal three-fight losing streak with a split decision victory over Eryk Anders this month. Meanwhile, Belfort was knocked out by Kelvin Gastelum (which was overturned due to a failed drug test by Gastelum), and was then TKO’d by Jacare Souza and Gegard Mousasi before snapping his losing streak with a decision victory over Nate Marquardt at UFC 212.

Belfort (26-13-1 NC) has indicated multiple times that his next fight will likely be his last and seeing how he specifically mentions Brazil as the location of his swan song, this appears to be the UFC placating a longtime veteran. “The Phenom” was supposed to take on The Ultimate Fighter (TUF) 17 winner Uriah Hall last month, but Hall was removed at the last minute following a bad weight cut.

Machida too has his back up against the proverbial wall, and could likely retire should he suffer another blistering knockout loss. The two have trained in the past, but apparently had no qualms about signing on to fight one another.

Who do you think wins this fight between two Brazilian former UFC champions and MMA pioneers?

Does a win for either man keep him from retirement?