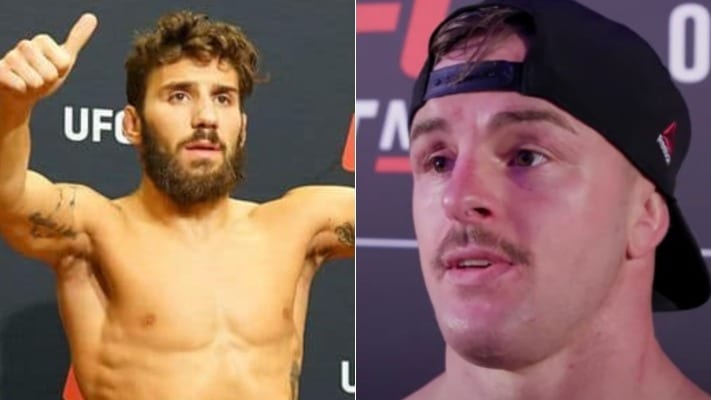 Stamann vs. Rivera At 145 Pounds

A new matchup in the form of Cody Stamann vs. Jimmie Rivera has been added to the UFC’s upcoming July 15 event on Abu Dhabi’s Fight Island.

That’s according to MMA Junkie who report that the fight will take place at featherweight between the two bantamweight contenders.

Stamann most recently competed at UFC 250 last month when he outpointed Brian Kelleher. That fight notably took place a few days after the death of his brother.

Given that he will be competing just over a month since, it is likely that he requested for the fight to take place at featherweight with Rivera agreeing to the stipulation.

Rivera, on the other hand, hasn’t competed since a unanimous decision loss to Petr Yan in June last year. In total, he has dropped three of his last four bouts, including losses to top contenders Aljamain Sterling and Marlon Moraes.

Given that Rivera was one of the fighters campaigning to face Frankie Edgar following the withdrawal of Pedro Munhoz due to a positive COVID-19 test, it is possible that an alternate replacement opponent has been planned for the former lightweight king. There is no confirmation as of yet, however.

What do you think of the matchup?