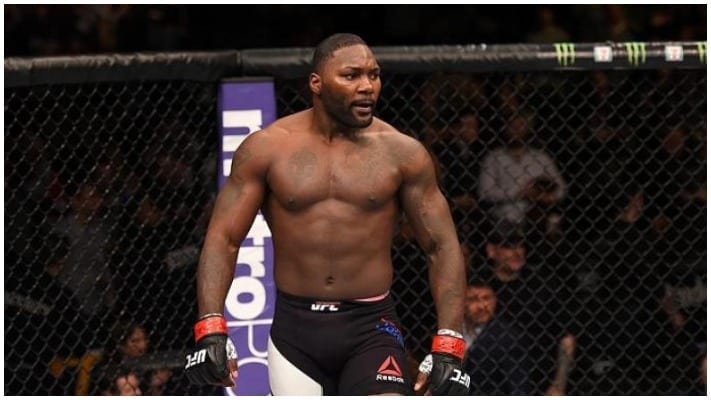 Anthony Johnson has left the UFC and is set to sign with Bellator in the coming days according to veteran MMA reporter Ariel Helwani who took to social media to break the news, he wrote.

“Anthony “Rumble” Johnson is headed to Bellator. “Rumble” has agreed to terms with Bellator, per sources. He hasn’t signed his deal just yet, but he’s expected to imminently, sources say. Johnson recently mutually parted ways with the UFC, according to sources. Johnson is slated to fight in the first half of 2021 and is expected to debut at light heavyweight, per sources,” Helwani added. No debut fight set yet. He last fought in April 2017 versus Daniel Cormier in Buffalo at UFC 210.”

In August ‘Rumble’ opened up on his decision to return to the sport, he said.

Even then he was already considering life after the UFC and had eyed up a move to BKFC but has now reportedly opted to signed with Bellator instead.

“I just don’t wanna be one of those guys that gets mopped up, but I still feel good, I have no injuries,” Johnson said. “While I was in the UFC, I didn’t really get hit much unless I lost, and that wasn’t often. But, you never know. You know, I got a couple more fights on my contract with the UFC, and then after that you know, I may fight for Dave (Feldman).”

Do you think Anthony Johnson will become a champion in Bellator?

Darren Till Sends Knife Crime Message 9 Years After Getting Stabbed