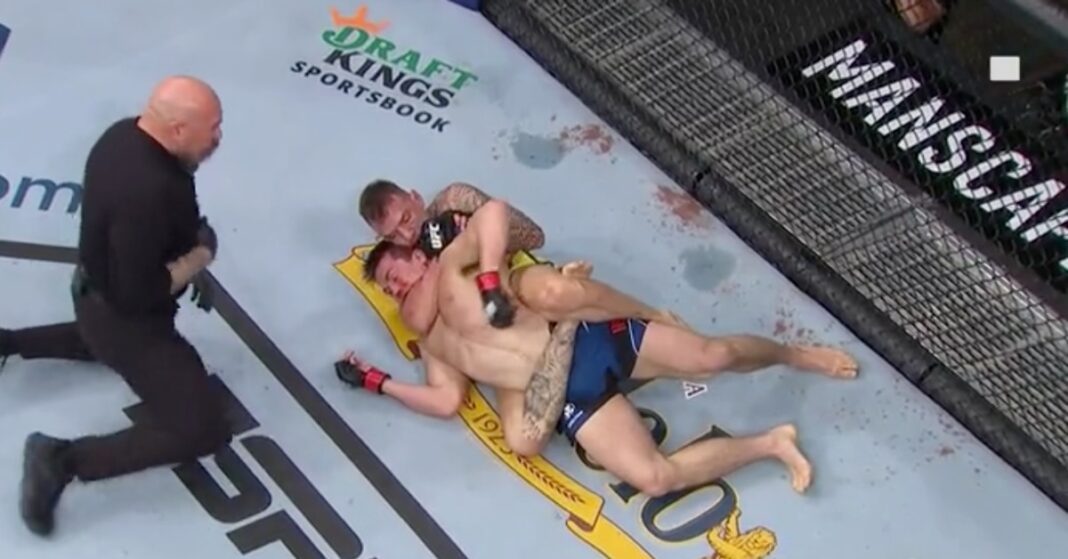 Brazilian finisher, Renato Moicano finds himself in the midst of another winning run during his Octagon tenure — chalking up his second consecutive victory with a second round rear-naked choke win against Alexander Hernandez on the main card of UFC 271.

Adding Hernandez to a prior victory over former Cage Warriors lightweight best, Jai Herbert, Moicano, a former interim featherweight champion under the Jungle Fight banner in his native Brazil — showed off his eye-catching Muay Thai upstairs against Hernandez in the run-up to the finish.

Wobbling Hernandez with a straight right hand, Moicano then wound up on top from a frail takedown attempt, and took Hernandez’s back. Securing a body triangle, Moicano latched onto a rear-naked choke, forcing an eventual tap from Hernandez.

Below, catch the highlights from Renato Moicano’s win over Alexander Hernandez