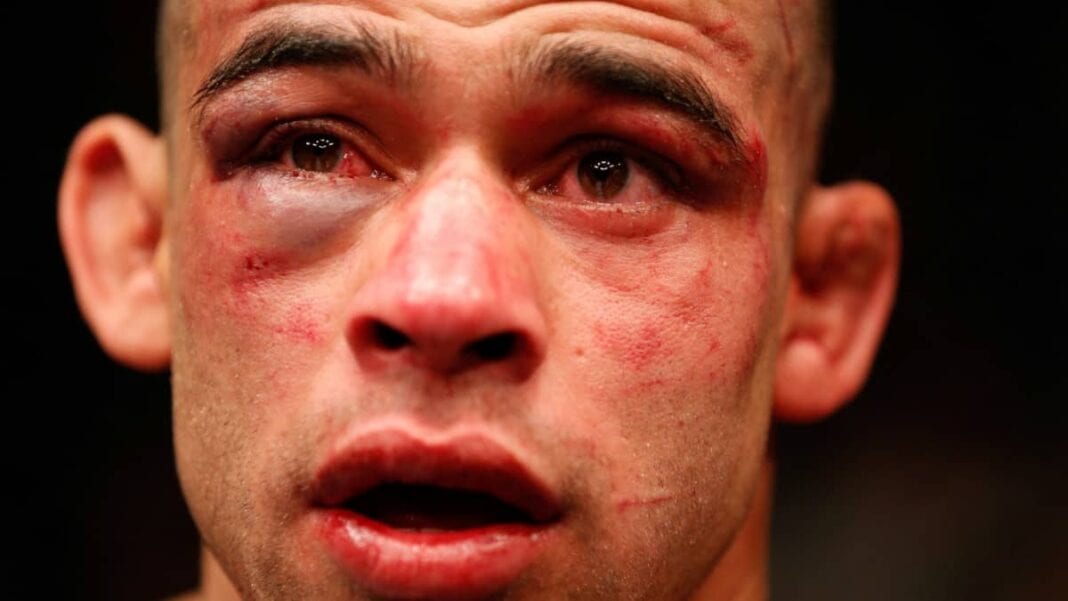 To say it’s been a rough year for Renan Barao would be a huge understatement. The former UFC bantamweight champion has had an epic fall from grace, and losing his title in a massive upset to TJ Dillashaw at UFC 173 was just the start of it. In the lead-up to the fight with “Viper”, “Baron” was the most dominant, dangerous and scary 135-pounder on the planet. It was that simple, and Dillashaw was a shot in the dark as far as the bookies were concerned.

The fifth round TKO at the hands of the Alpha Male standout was groundbreaking, and pretty much no one bet on the fight going down that way. It was tough to be Barao at that moment, but his dominant run prior to UFC 173 had earned him an immediate rematch with Dillashaw, this time at UFC 177. Many still believed that the former champ was out of sorts at UFC 173, and expected a much different bout the second time around.

Then came the botched weight cut. Renowned for his brutal weight cuts to make 135 pounds, Barao simply could not make it twice in such a short period of time. He fainted during the later stages of the cut, and was subsequently scratched from the rematch against TJ. Replaced by a game but thoroughly outclassed Joe Soto, things couldn’t have got much worse for the skidding former kingpin.

The Brazilian became a target for UFC President Dana White‘s anger, and was not paid a dime either. So Barao, albeit not his fault directly, had lost his immediate rematch. Then he was booked in to face the talented, but highly unheralded, Mitch Gagnon at UFC Fight Night 58 in Brazil this weekend (Saturday, December 20th, 2014). Was it a slap in the face, or a chance at redemption for Barao?

What sticks out in this cascade of bad luck for “Baron” is that a loss to Gagnon would take him from the top of the pound-for-pound list two fights ago, to an irrelevant limbo at bantamweight. Indeed, if he is finished by Gagnon on his home soil, the Brazilian ex-champ might want to seriously consider a move up to the featherweight division.

You could argue that Barao is under the most pressure against his Canadian foe on Saturday, even though the crowd will be 100% behind their hometown hero. A loss for “Baron” could cripple his hopes of ever holding UFC gold again, for Gagnon, well he lost to the ex-champ and there would be no shame at all in that.

It’s a known fact that the world of MMA is very cruel and unforgiving, especially at the highest level, but the ex-champ has certainly had more than his fair share of misfortune. What do you think, will Renan Barao get the hype train rolling again, or will he go from world number one to bantamweight bum at UFC Fight Night 58?