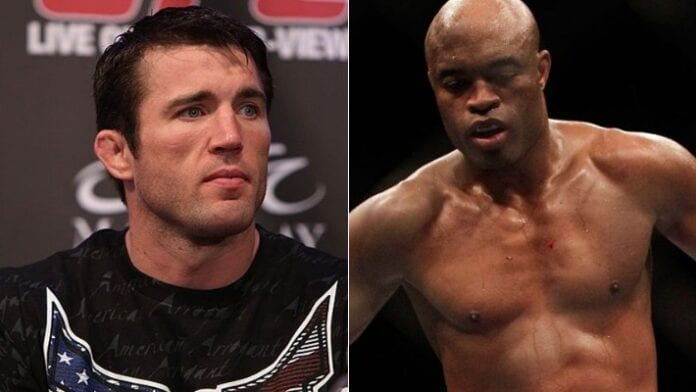 The now 47-year-old Anderson Silva came up short in his attempts to hand YouTube sensation, Jake Paul, his first loss inside the boxing ring. The Spider was coming off the back of a gob smacking victory over former WBC Middleweight Champion Julio Cesar Chavez Jr. But despite that victory, OddsChecker, which compares odds and provides free offers on combat sports, had made the Brazilian the underdog for his tussle with the Problem Child, and they were proved right. The 25-year-old American secured a unanimous decision victory over his illustrious opponent, but Silva is now well past his prime. Back in August 2010 however he was the undisputed UFC Middleweight Champion, and in the midst of an 11-fight win streak, was cementing himself as the best pound-for-pound fighter on the planet.

The American Gangster calls his shot

UFC 117 was meant to be your regular run-of-the-mill title defense for Anderson Silva. Following his snoozefest victory over Demian Maia in Abu Dhabi four months prior, many fans were turned off by the reigning champion. His performance against the fellow Brazilian was so bad that even the company’s head honcho Dana White was raging. But if Silva’s last fight was tame, Sonnen’s was anything but. He defeated Nate Marquardt at UFC 109 to secure number-one contender status. And if fans thought that Sonnen was simply making up the numbers in the upcoming championship bout, they were quickly forced to reconsider.

In the build-up to the fight, Sonnen made sure that as many eyes would be on the fight as possible. He sounded off on Silva in ways that most fighters wouldn’t dream of. He stated that the champion had avoided him for four years. And that was the tip of the iceberg.

“Anderson Silva is easily the most unpopular fighter in this company.”, “When Anderson Silva walks into a room you could hear a rat p*ss on cotton”,  “I don’t want to fight Anderson, I want to beat him down”, “This guy’s not from a bowing culture, if you bow in Brazil they’ll hit you over the head and take your wallet out of your pocket”, “He beat up a math teacher. He beat up a slow and unathletic light heavyweight, a couple of ‘em”  — wow, Chael. Tell us what you really think.

Many thought that on fight night, Silva would make Sonnen pay for the trash talk and that there was no way the American Gangster could back up his words. But the American challenger did that and then some. He dropped Silva twice, took him down at will, and basically beat up the Middleweight champ. As we entered round five, it looked as though a new champion would be crowned. Sonnen had won every round and had to stay out of trouble in the fifth in order to secure victory. He once again dominated, but with barely two minutes remaining in the fight, the champion somehow managed to trap the number one contender in a triangle armbar and retain his title.

The fight had lived up to its expectations and then some, and the pair would do battle once again a year later, with Silva once again getting the W.