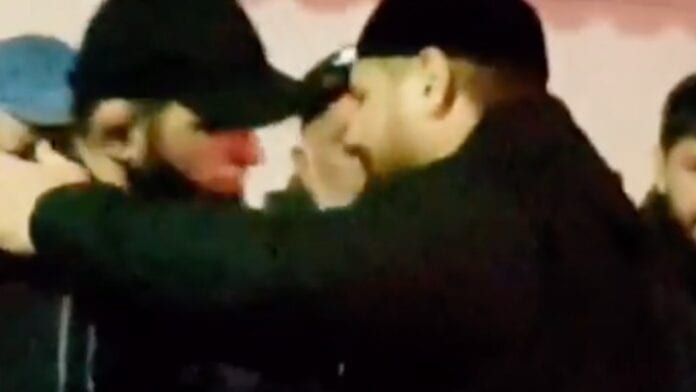 Abdulmanap passed away at the age of 57 on Friday after a long battle with the COVID-19 virus as well as a preexisting heart condition. After initially showing promising signs after waking from a coma, the senior Nurmagomedov’s condition continued to deteriorate in recent months until his passing.

Many in the mixed martial arts world including Conor McGregor and Tony Ferguson have since sent Nurmagomedov their well wishes and condolences.

Recent footage from @news095 showed a gathering taking place Friday night with head of the Chechen Republic Kadryov present as he goes on to console Nurmagomedov for his loss.

According to RT, Kadyrov emphasized the “universal respect” Abdulmanap had in Russia and abroad for his contributions to MMA.

Nurmagomedov is also understood to have thanked Kadyrov for helping transfer his father to be treated in a medical facility in Moscow.

“The plan of the Most High cannot be changed, for all his will. Praise be to Allah,” Nurmagomedov was quoted as saying.

“The Eagle” is yet to make a public statement following his father’s death and it remains to be seen if he will continue fighting. The lightweight king is expected to unify the titles against interim champion Justin Gaethje in September.