LowKickMMA.com
Home Bellator News Rampage Jackson: ‘That Thrill Is Not There Anymore In MMA’ 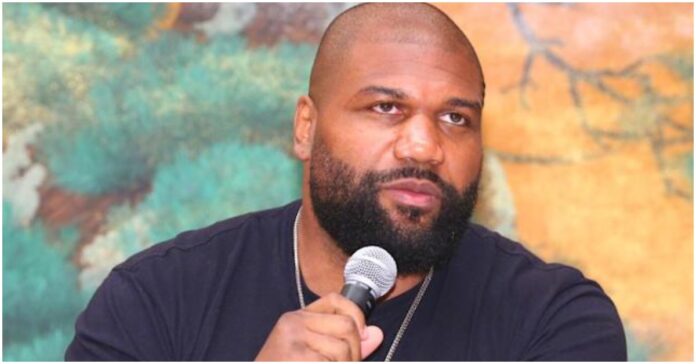 Quinton Rampage Jackson no longer gets a thrill competing in MMA and will be looking to continue his combat sports career in the boxing ring.

The former UFC champion and 52-fight MMA veteran hasn’t fought since being knocked out by Fedor Emelianenko at Bellator 237 in December 2019.

Jackson is now ready to continue his fight career but in a different sport.

“This is the thing that people don’t understand about me, I’ve been fighting MMA for so long and I’ve been fighting the best people in the sport,” Jackson told reporters during Triller’s Triad Combat press conference on Monday. “I win some and I lose some, but that thrill is not there anymore in MMA like when I started.”

Rampage Jackson Wants To Square Off Against Shannon Briggs

‘Rampage’ has been beefing with Briggs on social media for some time now. It appears the two are edging closer to squaring off in the boxing ring or Triad Combat which is a new striking sport that matches boxers against MMA fighters.

“Me stepping into a boxing ring with someone of the caliber of Shannon, I’ll have that rush,” Rampage said. “In the training camp, I’ll get that rush. If I don’t get this right, I can get knocked out – and that’s what I need. That’s what made me so successful in MMA and I lost that over the years by fighting everybody and doing that.

“I accept the challenge. I think Shannon would be a real tough boxing match. If I’m going to be 100 percent honest, I didn’t imagine fighting him in Triad Combat. I never imagined fighting him in anything like that. I imagined my first boxing match in a boxing ring with boxing gloves. But I’m prepared for any challenge that comes my way.” (Transcribed by MMA Junkie)

Do you want to see Quinton Rampage Jackson vs. Shannon Briggs?