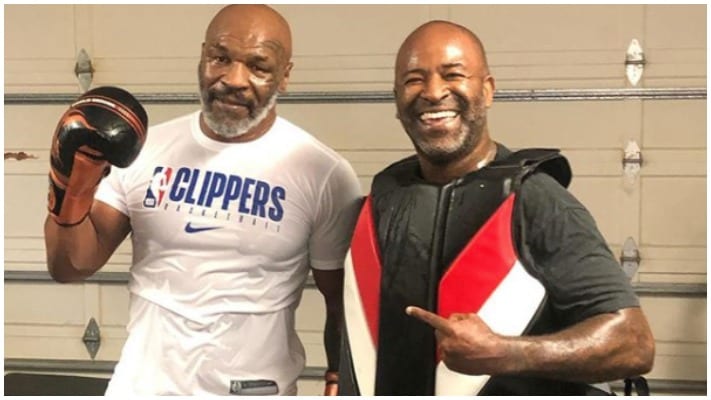 The man tasked with getting Mike Tyson ready for his comeback has poured cold water on a potential fight between the former heavyweight king and MMA legend Wanderlei Silva – who he also trains.

Tyson announced he would be returning to the ring at 53 years old a few weeks ago. Since then he has been inundated with fight offers from pretty much everyone in the combat sports world. Long-time rival Evander Holyfield announced he would also return to fighting at 57 years old and seems the most likely option. However, Tyson does have other options with an array of MMA fighters offering to face him. Andrei Arlovski, Ken Shamrock and Tito Ortiz to name just a few.

Bare Knuckle Fighting Championship is desperately pursuing ‘Iron Mike’. BKFC boss Dave Feldman told MMA Fighting earlier this week that he would be offering Tyson in excess of $20 million and had hoped to match him with Silva, he said.

“I think a Wanderlei Silva, someone of that nature. No matter how old Silva gets, he’s dangerous, and I think that would be an intriguing matchup. Something like that, but I don’t actually have anything in mind right now.”

‘The Axe Murderer’ has since revealed to Sherdog that he has been offered $10 million to face Tyson – an offer he has since accepted.

“They offered me $10 million plus pay-per-view percentage and I accepted immediately. I hope Feldman can make it happen,” Silva said.

Mutual coach of both fighters Rafael Cordeiro had no idea a fight between two of his pupils was in the making. The Brazilian expressed his doubts the bout would happen due to the fact Tyson is fully focused on returning to the sport he made his name in, he said.

“I didn’t get any calls from Wand or Tyson, but as far as I know that fight won’t happen. Tyson is training to make a boxing fight — with gloves. It is hard to comment about rumors.”

Do you want to see Mike Tyson fight Wanderlei Silva in BKFC?