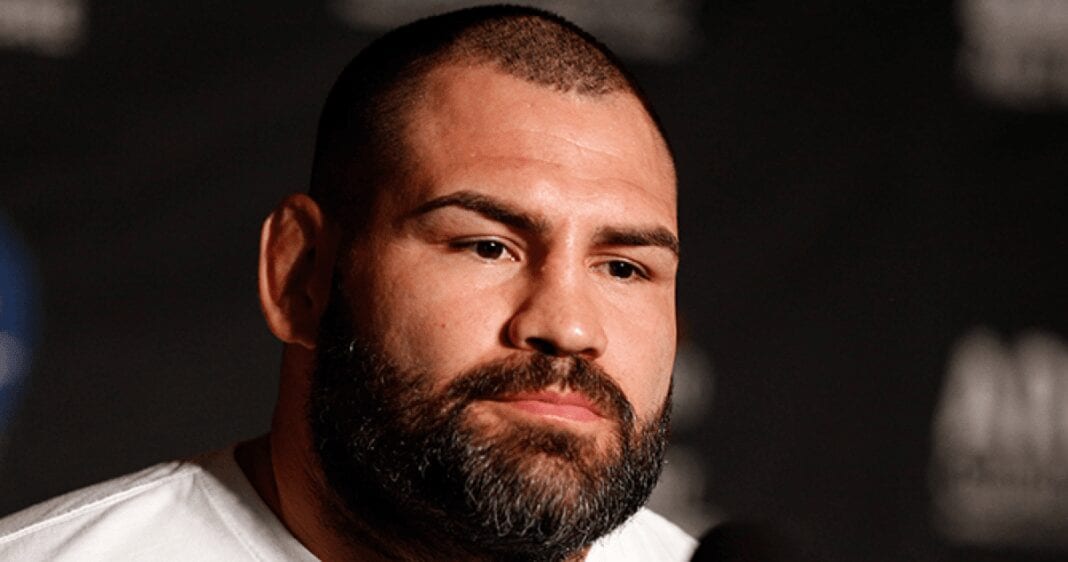 Former UFC heavyweight champion Cain Velasquez is gearing up to compete for the first time since surrendering his title to Fabricio Werdum at June 2015’s UFC 188.

Velasquez will take on No. 7-ranked Travis Browne at July 9’s blockbuster UFC 200 from Las Vegas in a bout that could very well produce the division’s next title challenger.

After losing his title, Velasquez was scheduled to rematch Werdum last February, but he was forced to withdraw from the contest with yet another injury. Injuries have seemed to be a reoccurring theme for the American Kickboxing Academy product, and one that has earned him his fair share of criticism from fans and media members.

When he shows up to fight, there’s no question that Velasquez is one of the best heavyweights on the planet, but many feel as if he pushes himself too hard in the gym, resulting in constant setbacks.

Browne recently spoke on this topic, saying that Velasquez has a certain type of ‘mentality’ that simply describes who he is as a fighter:

“Cain, whether he’s hurt or not, he’s still one of the most dangerous men in the world. He ran our division for years,” he told FOX Sports.

“The guy, you see it in his fights, he puts it all out there. You have to respect him for that. So, how do you knock him for doing what got him to that spot in the first place? That’s his mentality. That’s him as a fighter, that’s him as a man, you know? How do you demonize that? That’s what got him there.”

In the end, “Hapa” feels as if it was this very style that made Velasquez a star in the first place, making it ‘sad’ that he’s now receiving less than stellar treatment from the fans:

“That’s what made everyone love him as the dominant champ that he is. And now because he is getting injured, people are hating him for it It’s like, what are you guys doing? That’s what got you to love him in the first place.”

Do you feel as if Velasquez deserves the criticisms he’s garnered, or are injuries just the nature of the beast which is mixed martial arts?