LowKickMMA.com
Home ONE Championship News Quote: It Was ‘Disturbing’ Seeing Sage Northcutt Get KO’d In ONE Debut 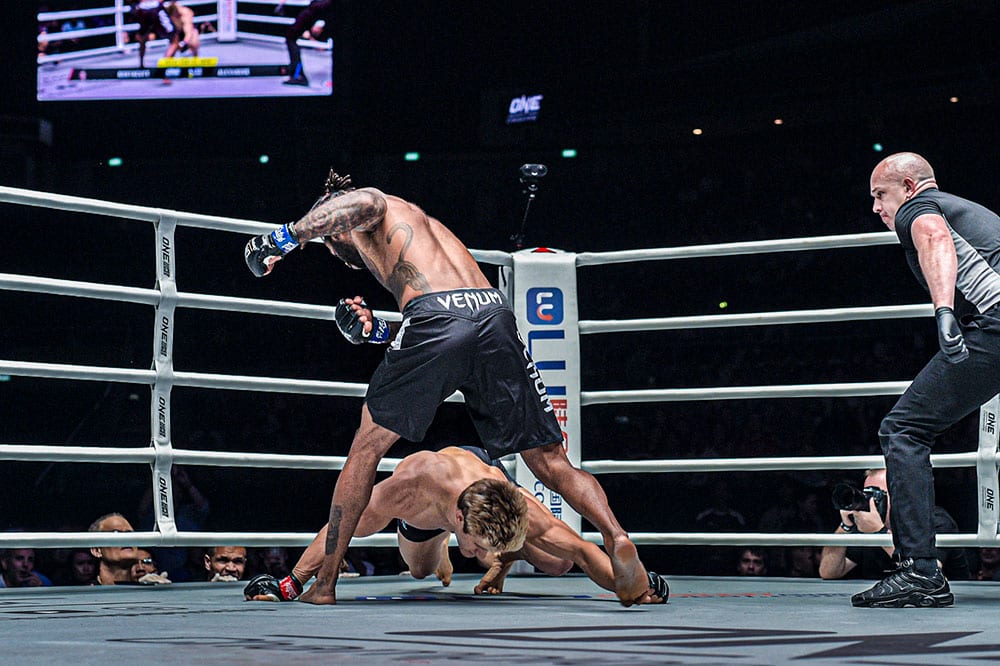 Earlier today (Fri. May 17, 2019) former UFC star Sage Northcutt made his ONE debut.

Unfortunately, things didn’t go “Super’s” way. He was knocked out in just 29 seconds by Cosmo Alexandre at welterweight. The fight was one of many great contests at “ONE: Enter The Dragon” that took place from the Singapore Indoor Stadium in Kallang, Singapore.

Mixed martial arts (MMA) manager Ali Abdelaziz took to Twitter to react. He called the scene “disturbing.” Here’s what he had to say:

“It was disturbing seeing sage get knocked out like that. Cosmo Alexander (sic) is a killer and that was a bad move fighting him. Sage is still so young, I wish him nothing but the best he’ll be back”

Northcutt signed with ONE back in November after wrapping up his contract with the UFC on a three-fight winning streak. It was surprising that the UFC allowed the 23-year-old to walk away from the promotion given he was a big part of their promotional tactics.

However, Northcutt ultimately decided to take his talents to Singapore. He joined the likes of former UFC stars such as Demetrious “Mighty Mouse” Johnson and Eddie Alvarez, who left for ONE as well.

For our full results from “ONE: Enter The Dragon” click here.