LowKickMMA.com
Home ONE Championship News Video: Sage Northcutt Gets Destroyed In ONE Debut 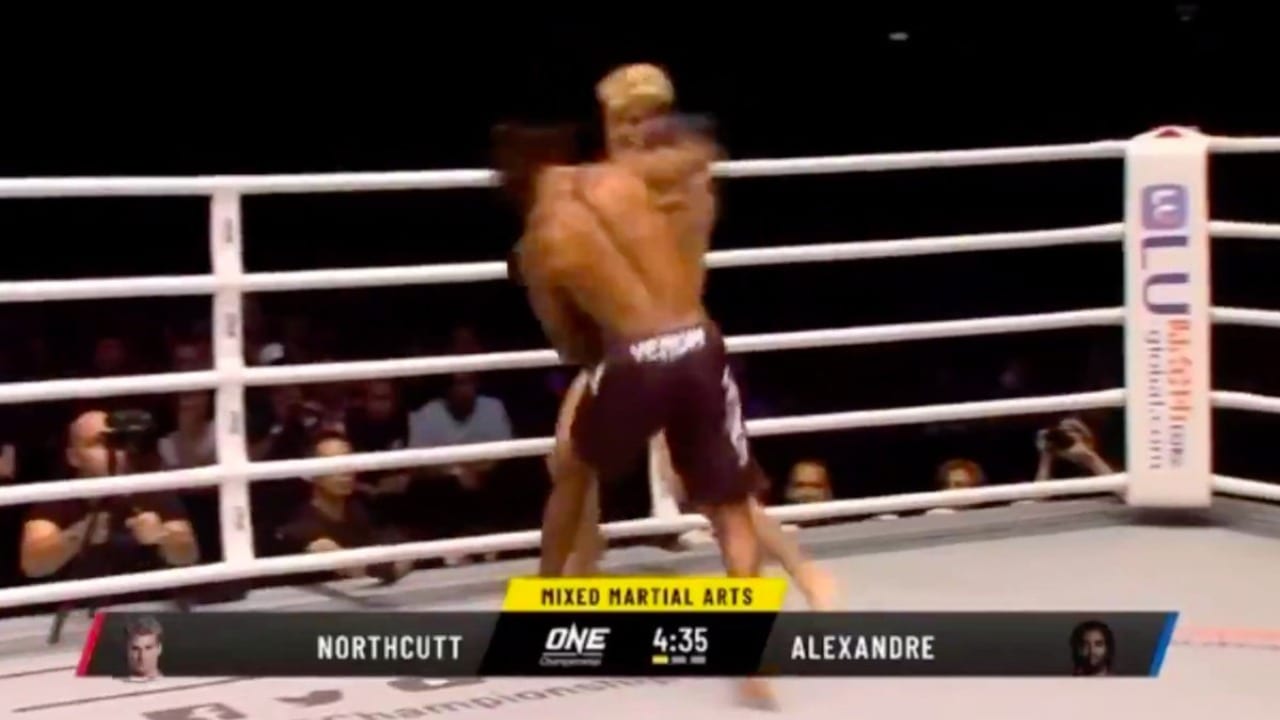 Former UFC star Sage Northcutt made his promotional debut under the ONE banner in an interesting way.

On Friday morning (May 17, 2019) at the Singapore Indoor Stadium in Kallang, Singapore. Northcutt faced off Cosmo Alexandre in a welterweight bout at ONE: Enter The Dragon. This fight took place on the main card portion. In the fight, Alexandre destroyed Northcutt in just 29 seconds with a first-round KO win after face planting him.

You can read the full results here.

When his UFC contract was up, the rising prospect decided during this time as a free agent that it was best for him to sign with ONE instead of staying with the UFC. Northcutt made an appearance back in 2015 on the debut episode of Dana White’s “Lookin’ for a Fight” web series. He would later go 6-2 in the UFC.

In his previous fight, in the co-headliner of last year’s UFC Boise, the rising prospect picked up a win. He was able to secure a TKO win over the always-tough Zak Ottow. This fight didn’t go as originally planned for Northcutt as he had a tough first round.

Northcutt got floored with a punch early in the fight and absorbed shots from top position. However, he was able to rebound and get his hand raised. Northcutt bulked up for this fight as it was contested at welterweight.

On the flip side, coming into this bout, Alexandre hadn’t competed in MMA since September 2016. He lost his professional debut with Bellator in 2011. He turned that around by winning seven straight.