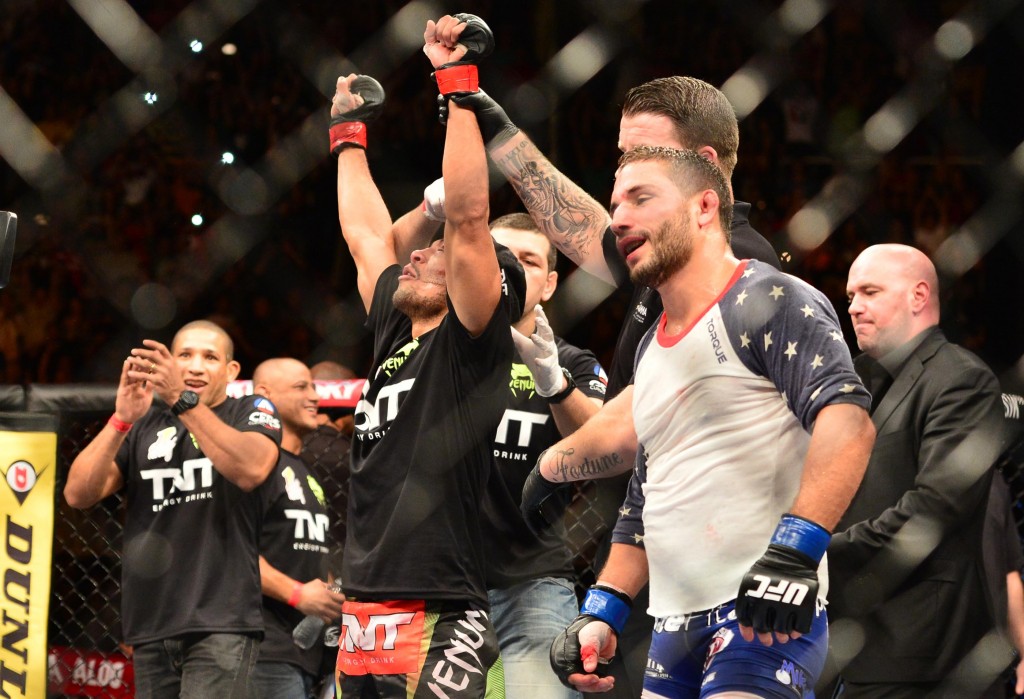 2. The Aldo vs. Mendes Saga Continues

A contender who loses two bouts to the champion usually has to do a ton of work to earn a third title shot, but if Mendes wins, the UFC will have no choice but to book him against Aldo for a third time, although he may deserve it with a victory. The first two bouts between the two were both thrillers, making a third fight not so bad, but it could hurt the division.

If Aldo and Mendes do battle again, the division is put on hold once again, with numerous contenders having to wait even longer. This also makes a fourth match between the two possible if “Money” were to beat Aldo, putting the division in a limbo for quite some time.