Not many were surprised today when UFC middleweight Vitor Belfort came out with an admittance that he had failed a Nevada State Athletic Commission (NSAC)-mandated drug test prior to his previously scheduled UFC 173 title fight with champion Chris Weidman.

After all, it was Belfort’s controversial use of testosterone-replacement therapy (TRT) and his perceived failing that was thought to have spearheaded the NSAC and UFC’s outright ban of the oft-debated therapy.

While Belfort was adamant that he abided by the rules and stayed well within the allowed limits as he knocked out Michael Bisping, Luke Rockhold, and Dan Henderson in rapid succession last year, the test results clearly show he was not (at least not while training for Weidman).

A photo of the February 7 results courtesy of MMA Mania proves that Belfort had highly elevated levels of free testosterone, the kind that affects athletic performance: 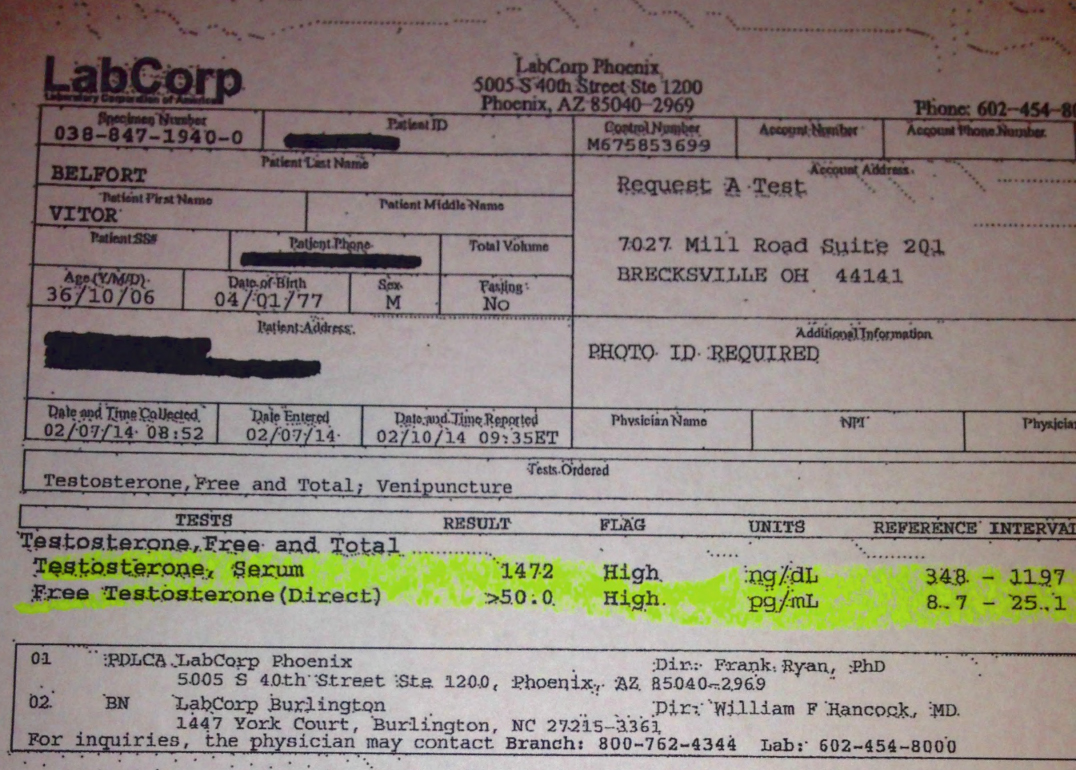 Belfort showed up with more than double the allowable limit, which is quite the discrepancy for someone who said they were doing everything by the book. That’s probably why TRT was banned.

“The Phenom” has since stopped taking TRT and passed every subsequent test in an effort to get license for his proposed UFC 175 showdown with Chael Sonnen. His fate will be decided by the NSAC on June 17, but his reputation may already be irreparably damaged.

Was he trying to pull the wool over everyone’s eyes on his run towards the top as a 36-year-old title challenger, or was it his doctors that made a mistake in regulating his levels, which should have obviously been under a microscope the entire time?

In any case, the saga of Vitor Belfort and TRT appears to be far from over.