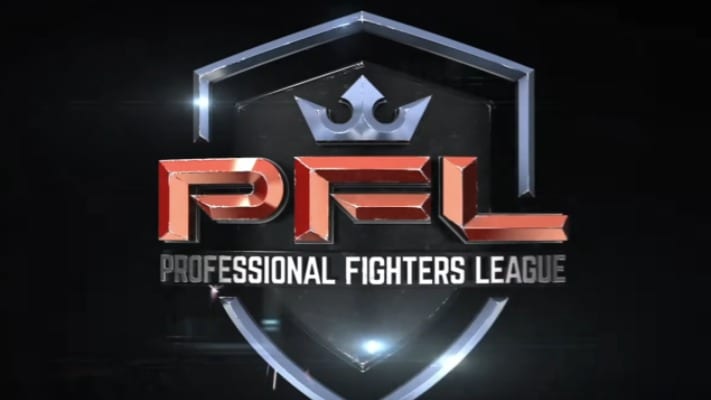 The Professional Fighters League (PFL) has announced some details about their first three events taking place in the playoffs of their league.

The playoffs for the second season of the league will take place at the Mandalay Bay Events Center in Las Vegas on October 11, 17, and 31.

These shows will be broadcast on ESPN2, ESPN+, and ESPN Deportes. The playoffs will see fighters in the six divisions have to win twice in one night in order to advance to the $1 million finals:

“We’re proud to stage the 2019 PFL Playoffs in Las Vegas, the fight capital of the world and home to major-league sports and larger-than-life entertainment events,” PFL CEO Peter Murray stated. “Our focus has been on partnering with leading brands and properties such as ESPN, and we are now excited to team with another world class organization in MGM Resorts as our playoff partner in October.

“For the first time ever in Las Vegas, MMA fans will experience fighters fighting twice in one night to reach the PFL Championship, where six elite athletes will earn their divisional championship belts and $1 million each.”

The first three events of the 2019 regular season have already taken place, while the second half of PFL’s 2019 season takes place July 11, July 25 and August 8. The show on August 8th goes down at the Ocean Casino Resort in Atlantic City, New Jersey, which marks to be an important show, as it will serve as the final show of the regular season.

In the main event, a heavyweight showdown will see Kelvin Tiller and Denis Goltsov inside of the cage. Satoshi Ishii vs. Rosholt will serve as the co-main event. It will stream live on the ESPN+ streaming service, with the prelims available on ESPN 2.

This is where the final regular season bouts for the heavyweight and light heavyweight divisions will take place. The eight fighters from each division will then move on to the postseason where they have a chance to win the $1 million prize.