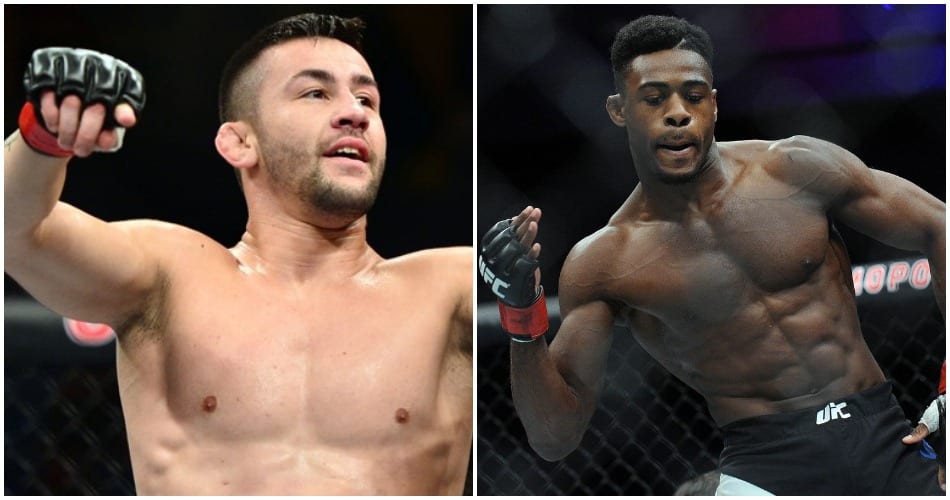 Munhoz and Sterling will collide in a pivotal match-up at UFC 238 this Saturday in Chicago, and things are certainly personal. In April, Sterling tweeted that he hoped the United States Anti-Doping Agency (USADA) would test Munhoz properly ahead of their fight:

Munhoz notably had his 2014 win over Jerrod Sanders overturned after testing positive for unusual levels of testosterone. However, the Brazilian claims it was in his system unknowingly. Add in the fact that he has been tested regularly since, and Munhoz feels Sterling is just looking for pre-fight excuses:

“(Sterling) says something that’s not a fact,” Munhoz told theScore. “It was before USADA. We have the chain of custody when it happened. It was a long battle that went back and forth.

“Since then, I’ve been tested 25 times. Samples were for blood, EPO, things like that. I think he’s just giving excuses for the beating he’s going to get on June 8, I don’t like that kind of stuff, you want to promote the fight, yeah go ahead. … after he said (the comments) it was literally week a week later, I got mail from USADA saying I was 25 times tested. I was like ‘Here, you’re a f—ing scumbag. So like, what are you talking about?'”

Munhoz Confident In All Aspects

A win for either competitor would make it four wins in a row. The winner will also likely challenge the new bantamweight champion. Munhoz, for one, is confident no matter where the fight goes:

“I know he’s gonna just be running and try to grapple me, avoiding the fight, because, you know, he’s scared. It’s a bad fight for him, you know,” Munhoz added. “He’s gonna try to wrestle me, great, so I’m gonna take your head out. You’re gonna do jiu-jitsu on me, great. You’re gonna stand with me, you know, I’m gonna knock you out.”