LowKickMMA.com
Home UFC News Paulo Costa and Dillon Danis Got Into An “Altercation” While Partying Together 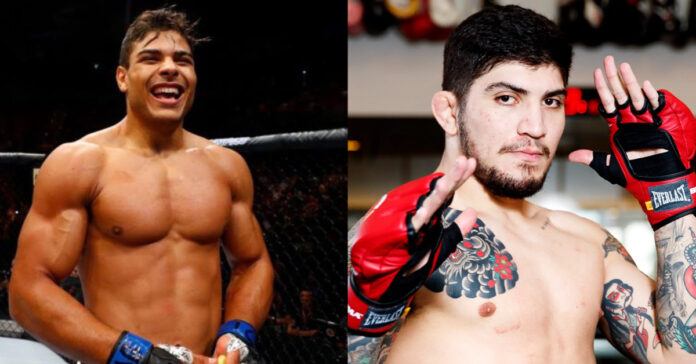 Paulo Costa and Dillon Danis had a playful “altercation” after the two had a night out drinking wine together.

Costa admitted that Danis was the better wine drinker in a tweet as he said Danis beat him at drinking. Costa knows a few things about drinking wine, as he had made the claim that he drank too much the night before his bout with Israel Adesanya for the middleweight championship at UFC 253.

Costa couldn’t go out without beating Danis in something, so he ended up taking Danis down while they were walking out of the restaurant. He tweeted out that he had gotten into an altercation with Conor McGregor’s coach, poking fun at Danis.

Paulo Costa is currently looking for a bout with Khamzat Chimaev

Costa has been calling out Chimaev since the two got into a real altercation a few weeks back. Costa had claimed that he took everything away from Chimaev, including his hype, earlier this week in an interview with Ariel Helwani. Costa is known to be somewhat of an internet troll, but it seems as if he does believe that he messed with Chimaev’s head, and forced him to miss weight due to all his trash talking.

Chimaev may be looking to make the permanent jump to the middleweight division, so a fight with Costa is a real possibility in the near future. The fight makes the most sense from all sides. A fight between the two would settle their beef that they currently have, while Chimaev has a top five opponent in the division to fight.