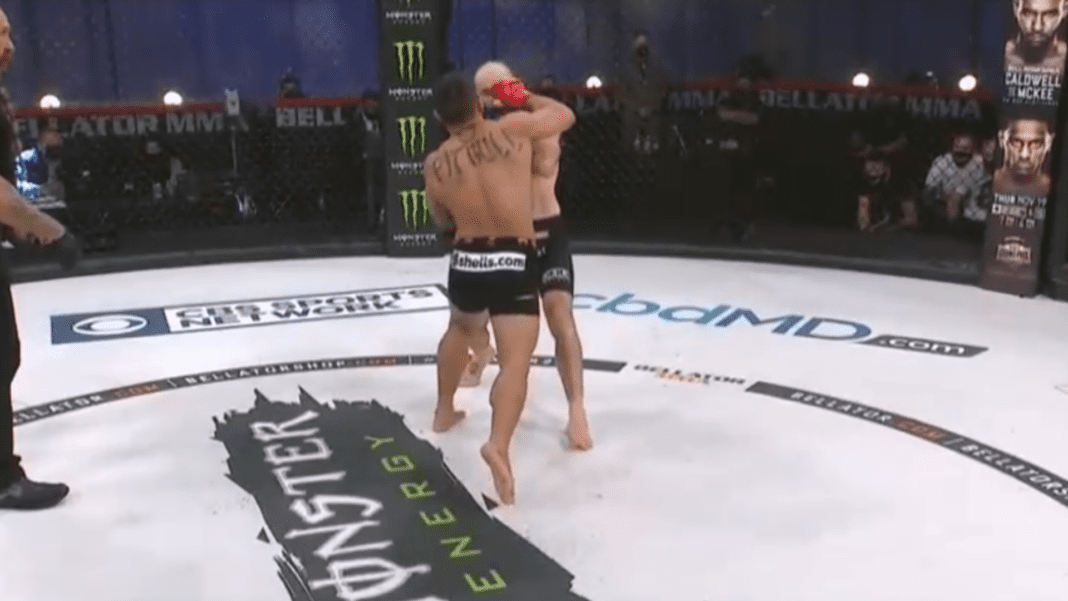 Bellator featherweight champion Patricio Pitbull has defended his belt taking out Pedro Carvalho in the quarterfinals of the Featherweight grand Prix.

Starting off the fight coming forward Carvalho was quickly backed up as a right hook from Pitbull appeared to take the legs from under him. The champ continued pressuring Carvalho to the cage before separating and landing a large shot that saw Carvahlo land into a guillotine choke. While he was able to escape and get back to the feet, shortly after Pitbull found the knockout blow with a right hook.

With this victory, the champion becomes just the second person to finish Carvalho and progresses forward in the Featherweight grand Prix with his belt in hand.

Earlier in the night, we saw Emmanuel Sanchez defeat Daniel Weichel to set himself up for a rematch with Pitbull. In their first meeting, Pitbull took a decision victory over Sanchez.