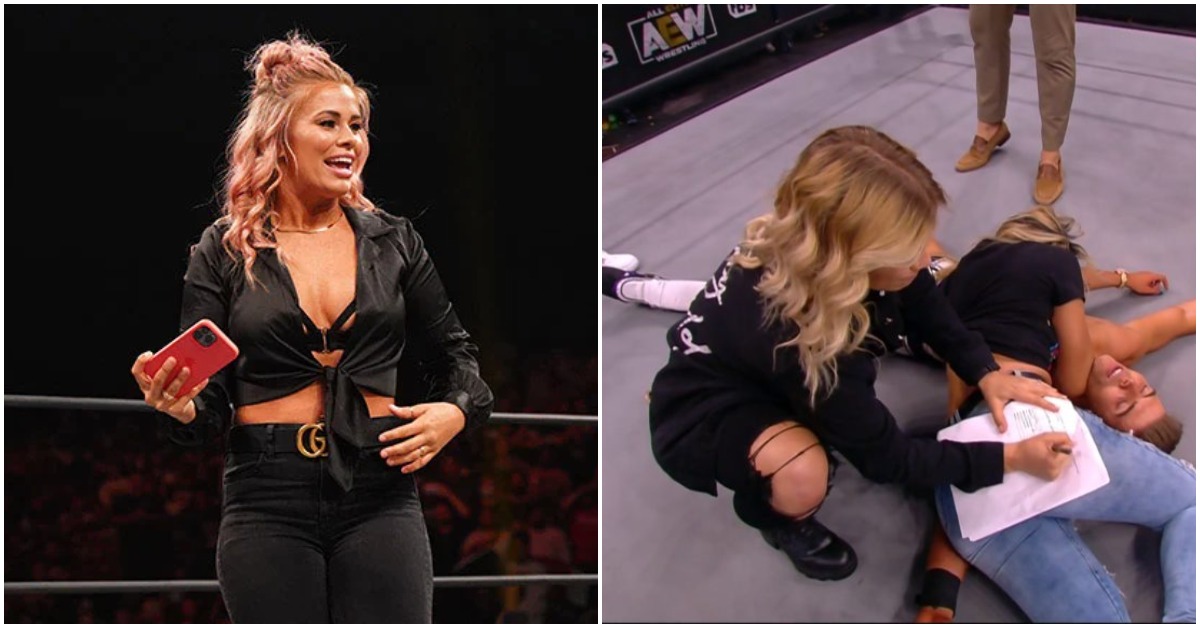 “Wanted to give the world one more reason to hate on me: PVZ TAKING OVER!!!!,” VanZant tweeted after the news broke.

On Wednesday, VanZant came out of the crowd at Dynamite to attack wrestler Tay Conti – the real-life girlfriend of Sammy Guevara.

After beating up the judo black belt who spent time in the WWE, VanZant signed her contract with AEW live on air.

VanZant captivated the fans and the media when she burst onto the scene at 20 years old. After just one fight with the promotion, she became just the sixth fighter to land an individualized Reebok deal, with Dana White claiming she had the ‘it factor.’

By 2020, VanZant was ready to leave the UFC after going 5-4 with the company. Soon after her departure from MMA’s premier promotion, the 27-year-old signed a lucrative contract with bare-knuckle boxing outfit Bare Knuckle Fighting Championship.

VanZant has struggled in BKFC, losing both of her fights with the company. It’s believed she will fight at least one more time for the promotion but at this point, she appears more interested in other things than fighting.

The Dundee, Oregon native has launched her own website which apparently pays better than the UFC ever did. Now, she’s pursuing a career in professional wrestling.

Do you think Paige VanZant is done competing in combat sports?