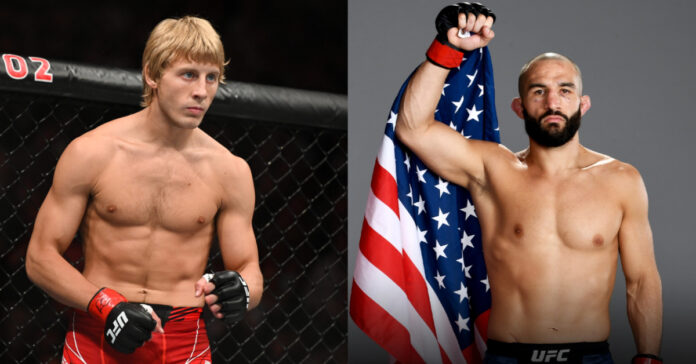 Last time out at UFC London back in June, the Next Generation MMA starlet defeated Las Vegas-based contender, Jordan Leavitt with a second round rear-naked choke.

Paddy Pimblett has enjoyed an unbeaten start to his UFC run

Returning to the winner’s enclosure back in August following a submission defeat to Grant Dawson, Gordon defeated Leonardo Santos in his most recent walk. Chisanga Malata was first to report the news of Pimblett’s return against Gordon.

“Paddy Pimblett will face Jared Gordon at UFC 282 on December 10.” Malata tweeted. “A step-up in competition for The Baddy. Thoughts on the matchup folks.”

A revered submission talent, Paddy Pimblett featured at the first installment of UFC London back in March, submitting Kazula Vargas with a first-round rear-naked choke in a rallying effort.

19-3 as a professional, Pimblett’s last career defeat came in the form of a vacant Cage Warriors title loss against Søren Bak in a September 2018 showdown.

19-5 as a professional, Queens native, Gordon holds a win over Chris Fishgold recently, to go with other successes against both Danny Chavez and Joe Solecki.

UFC 282 takes place on December 10. from the T- Arena in Las Vegas, Nevada — with an undisputed light heavyweight title rematch between Jiri Prochazka, and Glover Teixeira set to feature.

The promotion had also reportedly targeted a heavyweight title fight between former two-time division titleholder, Stipe Miocic, and former light heavyweight champion, Jon Jones to take place on the card, however, the matchup is expected to be revisited at a later date.