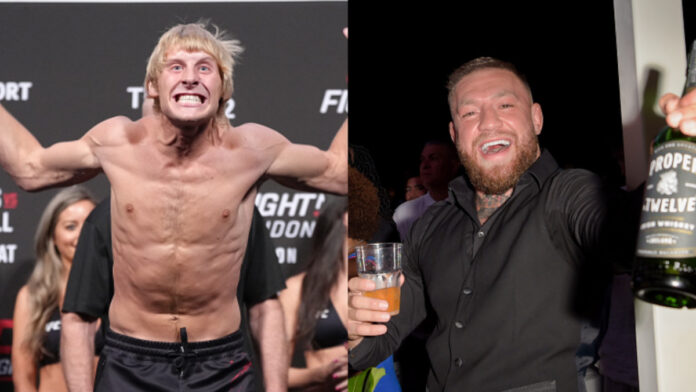 Currently riding a five-fight win streak, the red-hot Pimblett has been leaving a trail of decimation in his wake since exiting the regional promotion Cage Warriors and skyrocketing up the UFC ladder. We last saw ‘The Baddy’ in action at UFC London back in July of 2022, where he faced Jordan Leavitt.

A second-round victory for Pimblett via rear-naked choke would make it three straight UFC wins in a row for the young UK star, and by all admissions, it looks like the sky is the limit for the Liverpool native.

When not in camp training for a fight, ‘The Baddy’ is known to enjoy his chow time and regularly puts on a lot of weight between fights. In a Vlog documenting his trip to The Black Forge Inn, a pub owned by Conor McGregor, ‘The Baddy’ stated in the title of the video that he was there to “eat everything”.

The Vlog shows the UFC star being treated to an incredible time. The food looks stunning, and the whole table can be seen graciously accepting their beautiful plates.

While dining, somebody handed Paddy Pimblett the phone and it was none other than McGregor himself. “You’re putting all that weight on again,” the Irishman scolded. “It’s crazy because your face is way different straight away.”

“Yeah, I’m back up to 191 lbs already,” Pimblett shrugged. Molly McCann, a teammate of ‘The Baddy’ was also there, and chimed in saying: “Conor, you’re a f**king belter lad.”

Do you think there’s a problem with Paddy Pimblett’s weight fluctuating so much outside of fight camp, or do you think he knows his limits?