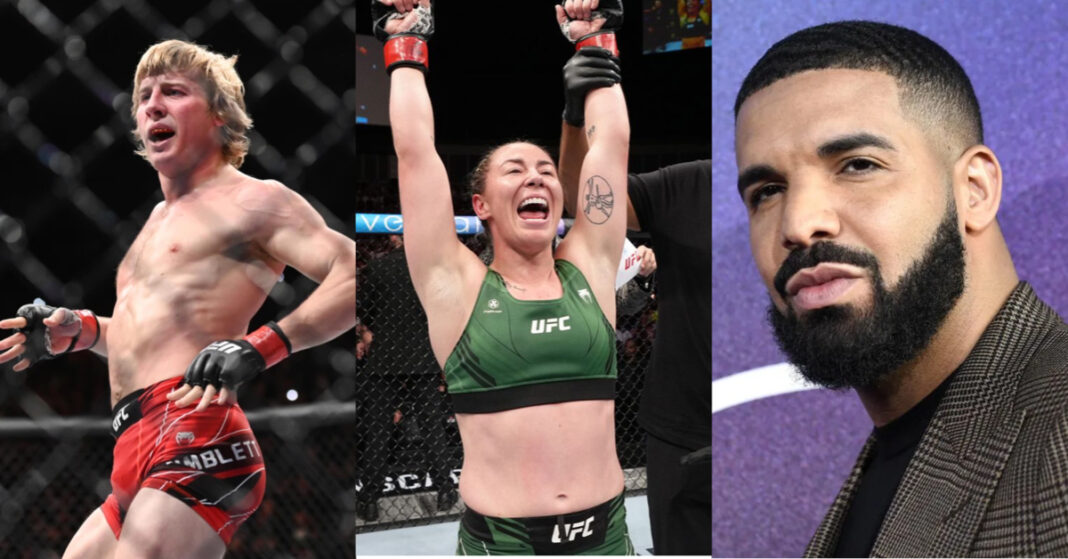 Paddy Pimblett and Molly McCann both got the finish tonight at the O2 Arena in London, and came through for Drake on a huge bet that he placed.

Before the event even kicked off, Rap/pop icon Drake placed a bet of over $2 million dollars on a parlay that consisted of Pimblett and McCann both winning. Both McCann and Pimblett made short work of their opposition at UFC: London, while setting the crowd on fire. The two hometown heroes were able to finish both their opponents. McCann won her bout by TKO, while Pimblett was able to secure a fantastic rear naked choke, while securing Jordan Leavitt’s arm in the body triangle.

Drake will be gifting both Paddy Pimblett and ‘Meatball’ Molly McCann Rolex’s for their performances.

The dynamic duo have also received a $50k bonus for their performances as well.

Pimblett has moved to a perfect 3-0 inside the UFC and is still one of the biggest names inside the organization, in such a short time. His deal with ‘Barstool Sports’ has made his stock rise exponentially as well. The founder of the company, Dave Portnoy was in attendance for the fights, backing both McCann and Pimblett.

McCann on the other hand , set the place on fire with her outstanding striking performance. She had a beautiful spinning elbow, which set up a flurry of strikes to win the match. With their chemistry the two have in interviews together, it would be a crime to not schedule these two to fight on every card possible together.