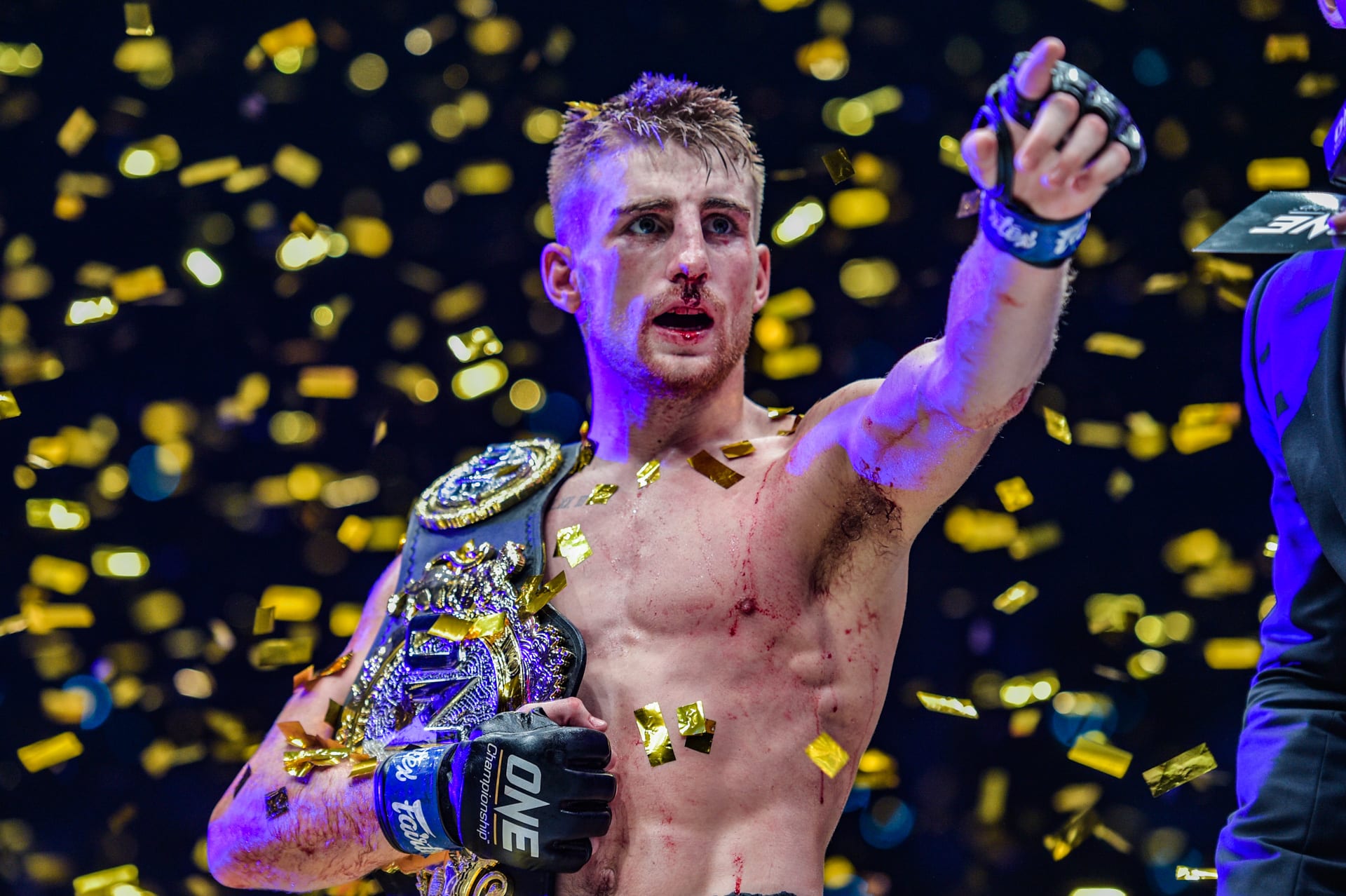 In front of a packed Istora Senayan in Jakarta, Indonesia, England’s Jonathan Haggerty put on arguably the best performance of his career to capture the ONE Flyweight Muay Thai World Championship.

Haggerty defeated reigning champion and Muay Thai legend Sam-A Gaiyanghadao via unanimous decision in the main event of ONE: FOR HONOR.

The 22-year-old sent Sam-A to the floor twice in their five-round fight. Once in the third-round from a crisp left jab and again in the fifth from the same shot.

Leading into this bout, it was thought that Sam-A ‘s experience would prove too much of an obstacle for the skilled but much less experienced Haggerty to overcome, but in the end, it was the challenger’s hunger, power, and aggression that shone through.

Haggerty did not have it all his way, however, with Sam-A pouring on the pressure in the fourth frame.

Nevertheless, the London native walked out of the ring the rightful winner. In the post-fight interview, Haggerty called out the up and coming Muay Thai sensation Rodtang. If ONE can get these two in the ring together, stand back and watch the sparks fly.

A ONE Debut To Forget For Okami

After a cagey opening round where he had little attacking success, Abbasov switched tactics in the second and came out much more aggressive. The switch paid immediate dividends.

A crushing right hand from Abbasov sent Okami to the canvas. The Kyrgyzstan fighter quickly pounced on his downed opponent and unleashed several heavy shots before the contest was halted.

Abbasov’s win over Okami, backs up his first-round submission victory over Agilan Thani last December. The 25-year-old has started building a solid case for a title shot.

Thanh Le brought the house down with his stunning second-round KO of
Russian Yusup Saadulaev. The Vietnamese-American had to survive a tough opening round. Saadulaev’s grappling skills were on full display for the first five minutes and going into the second it was apparent that Le needed to keep the fight standing.

The finish came 12 seconds into the second round:

The former LFA interim featherweight champion was given a tough task in Saadulaev, and it will be interesting to see who ONE pair Le with next. One or two more wins like this and the Kentucky native could soon find himself headlining his first ONE event.