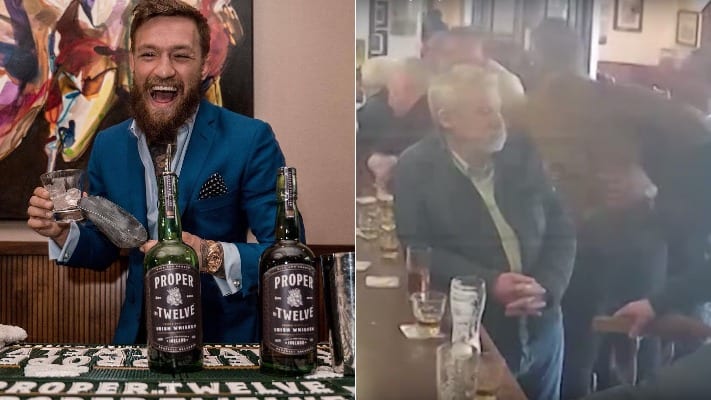 The old man who was punched by Conor McGregor back in April inside an Irish pub has broken his silence on the matter.

Recently, footage leaked of the incident earlier this year involving the former UFC dual-weight champion. The old man in the video refused a drink of McGregor’s Proper 12 Irish Whiskey twice before McGregor swung and hit the man with a left hook. Many were amazed at the little to no reaction the man offered after being hit.

Speaking to The Irish Daily Star, the old man boasted about his ability to take the shot.

In regards to how things went down between himself and McGregor, the man’s story is no different than what plays out on video.

“I am sitting on the bar stool just having a quiet pint with my friend then all of a sudden because I refuse his drink I get a punch, you don’t need that in life,” he said. “He is a bit of a bully, a bully with money.”

McGregor has not offered a statement of his own on the incident, however, his social media continues to push and promote his whiskey brand very frequently. The situation has garnered reactions from the likes of Joe Rogan and UFC President Dana White. We’ll keep you updated as we learn more.

What do you make of the old man’s comments towards McGregor after being punched?