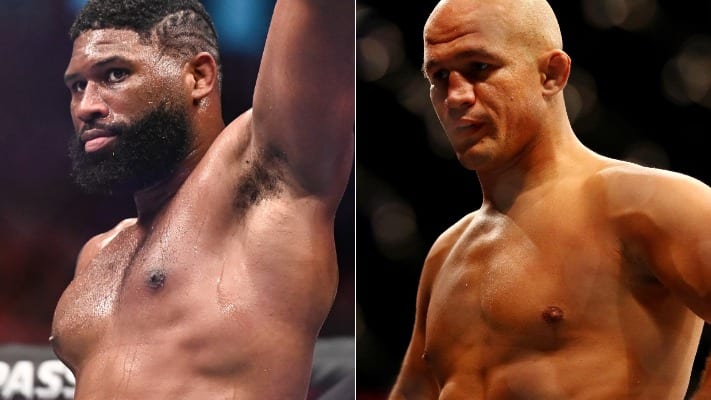 The official UFC Raleigh poster has been released. The show goes down from the PNC Arena in Raleigh, North Carolina on January 25. In the main event of the evening, heavyweights Curtis Blaydes and ex-champ Junior dos Santos go head-to-head.

Also, in the co-main event, Rafael dos Anjos takes on Michael Chiesa in a welterweight scrap. The card also features the return of Josh Emmett at featherweight, as he takes on Arnold Allen. The Las Vegas-based mixed martial arts (MMA) promotion has released the official UFC Raleigh poster on their Twitter account, which features Blaydes, dos Santos, Chiesa, and dos Anjos.

Check it out here.

What do you think about the official UFC Raleigh poster?