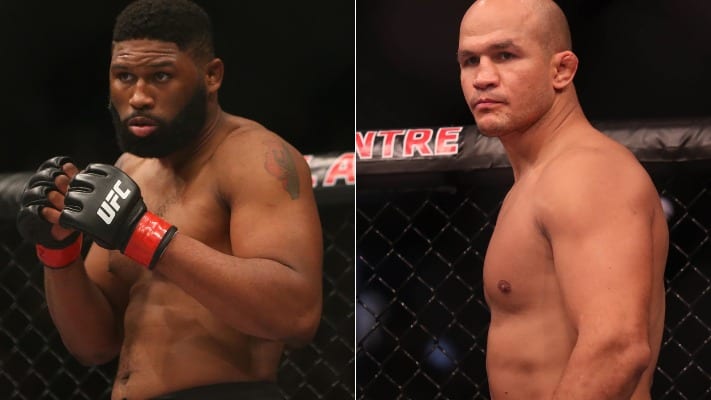 Former UFC heavyweight champion Junior dos Santos will, in fact, return to the Octagon soon. Per a report from MMA Fighting, “Cigano” will headline UFC Raleigh on January 25 against Curtis Blaydes.

Both sides have verbally agreed to the fight, however, no contracts have been signed as of this writing. Dos Santos was initially expected to headline this past weekend’s UFC Moscow show against Alexander Volkov. However, the Brazilian was forced out with a nasty infection.

He was replaced by Greg Hardy, who lost to the Russian via lopsided unanimous decision. As for Blaydes, he’s on a two-fight win streak, which includes a second-round TKO win over Shamil Abdurakhimov. Blaydes is 6-1 in his last seven fights, the only defeat coming against Francis Ngannou via first-round knockout in China.

The UFC Raleigh card will be going head-to-head with a Bellator event that features Cris Cyborg’s promotional debut, as she takes on Julia Budd for the Bellator women’s featherweight title.

What do you think about the matchup between dos Santos and Blaydes?