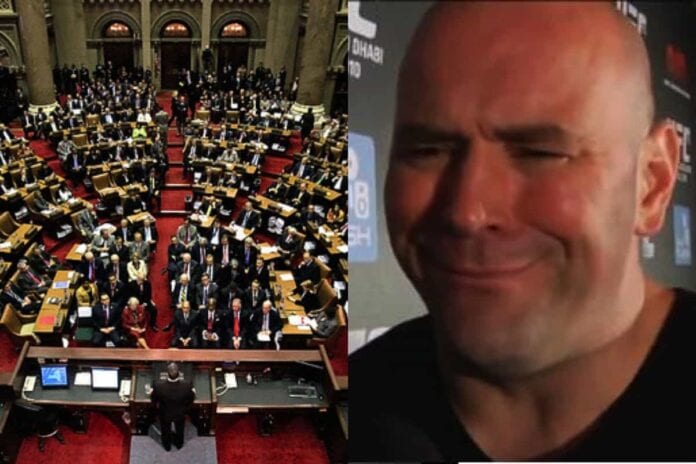 Following the ousting of disgraced former New York State Assembly Speaker Sheldon Silver for accepting illegitimate funds, it was largely believed to be a formality that mixed martial arts (MMA) would finally be legalized in the Empire State, the only one still left in the United States that to not allow pro MMA bouts.

However, the UFC had met significant resistance nonetheless, and that was mainly in the form of the issue actually being brought up to vote. It is believed that it will be brought to a vote — where it’s expected to be overwhelmingly approved — but that didn’t stop some of the NY Assembly members from taking some absolutely ridiculous stances on the sport today.

Wow. How can they be so clueless and uneducated still! Crazy. https://t.co/Z9y3NRhR2M

Quite the extreme comparison to be certain, but it didn’t stop there.