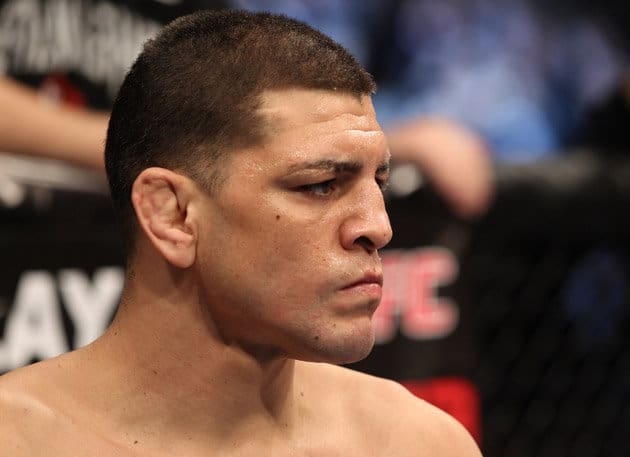 The Nevada Athletic Commission announced on Monday that UFC welterweight Nick Diaz has been suspended for five years as well as fine him thirty-three percent of his $500,000 purse from his bout at UFC 183.

Diaz failed a drug tests for marijuana at the event. Diaz’s lawyer said that they plan to appeal this ruling.

Following the hearing, media members caught up with Diaz’s lawyer and asked about what they will do to fight this ruling, but Diaz’s lawyer was as upset as his client was just moments after the hearing.

“One commissioner said, ‘Your attorneys were very persuasive. But you don’t respect us, so here’s a five-year ban and a ton of money that we’re going to take back.’”

His lawyer stated that this was abuse of discretion.

“Actually, they should have dismissed the complaint,” said Diaz attorney Nick Granath. “It was abuse of discretion, through and through.”

After collecting his thoughts, the lawyer stated that they will be taking the case to the Nevada State Court.

“We’re confident that they’ll see the errors of the commission’s ways,” Middlebrook said. “You really have a bigger problem here. There are no standard protocols that these athletes are tested for drugs, which every athlete that’s subject to the commission should be extremely worried about that, because you’re going to get inconsistent results.

“Any drug testing program in this country has standards of protocol. Go online and try to find the commission’s protocol’s. There are none. And when they do use a WADA-accredited lab, they don’t want to rely on that. So it’s very scary that there’s no review process for these athletes, that there’s no consistent protocol, and that they can be fined and lose their livelihood without any due process of law.”