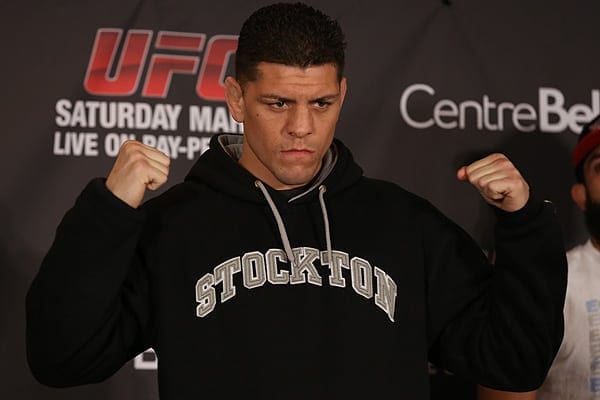 The wheel just keeps on turning for banned UFC welterweight Nick Diaz, and we’ve got a few updates on his situation right here….

It’s been a crazy couple weeks in the world of Nick Diaz, as he continues to fight for the right to fight again. After getting banned for five years for supposedly failing a UFC 183 drug test for marijuana, the MMA world appears to have united in the cause dubbed #FreeNickDiaz. Ronda Rousey, Matt Mitrione, even Floyd Mayweather and countless other combat sport characters have voiced their support.

Former three-time UFC title challenger Chael Sonnen even launched his ‘Don’t be a bitch homie’ clothing line. There’s been a petition launched to lift the ban on the Stockton slugger, the update on which is included later on. The NAC’s (Nevada Athletic Commission) decision has been heavily debated in the near two weeks since.

UFC president Dana White, however, was not on side with Diaz. He pretty much washed his hands of the whole situation in a recent statement, claiming Nick Diaz should’ve known better.

So here it is, the busy round up of Nick Diaz social media news from the last 48:

Wanna thank Chanel Sonnen for helping me make some cash and the fans for buying shirt please don’t put them on kids? https://t.co/yxc9o1p756