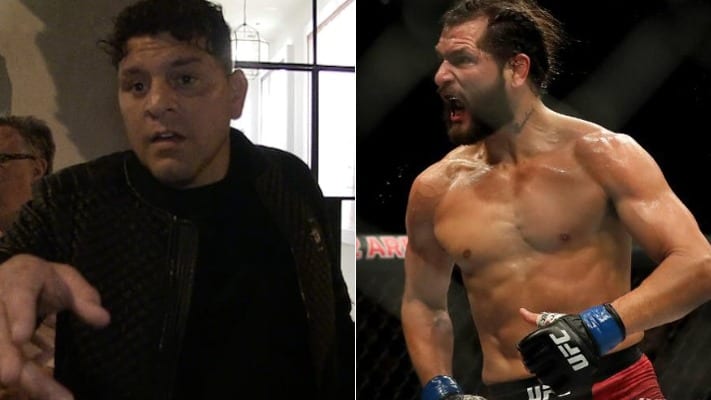 Diaz hasn’t fought since January 2015 but recently hinted at coming back and facing Masvidal. He particularly took offense as Masvidal’s comments stating that he wanted to baptize Nate Diaz at UFC 244 earlier this month.

However, in that interview, Diaz was not coherent and all over the place, leading to many not wanting him to return to the Octagon. His manager Gracie felt the same thing but having spoken to Diaz recently, feels he’s got the fire back.

And so, he is now all-in for a Diaz vs. Masvidal fight:

“Talking to him yesterday, I felt like he’s got the fire back,” Gracie said on Ariel Helwani’s MMA Show on Monday. “We’re coordinating some good stuff. … I want to see him fight Masvidal. That’s my thing. I want that fight to happen and I kind of relayed that to him.

“… Every fight he’s ever had I’ve had some sort of participation if you will. So this one, I’m like ‘hey man, this is the guy I want you to fight. I want you to fight this guy, Masvidal.’ So we’ll see how Nick is with everything. If I get my way, that’s the fight we’ll set up.”

As for why he wants it to happen, he expanded further:

“That is his belt. Nick is the BMF. That’s him,” he added. “It’s the perfect belt for Nate. I thought the hype on something on that would be so huge, to fight someone like that. This guy’s got really good hands. … But he [Diaz] crushes guys like that.

“I think it would be great for the fans who don’t know who Diaz is and let’s face it, there are a lot of new fans in the sport. And Nick has been out for a long time.”

Do you think we’re one step closer to seeing Diaz vs. Masvidal?