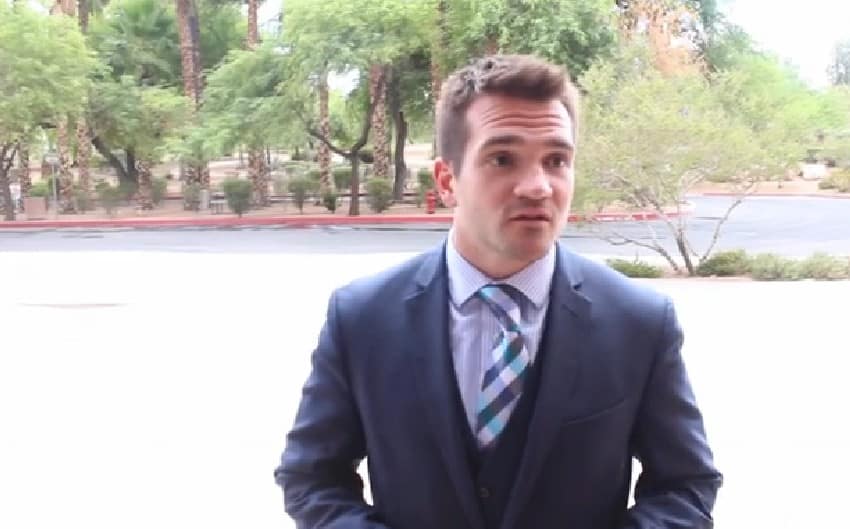 In just over a week-and-a-half since Nick Diaz was unceremoniously suspended for five years by the Nevada Athletic Commission (NAC) for his third positive marijuana test, the commission has come under extreme scrutiny for their supposedly biased and callous judgment that appeared to refute many relevant facts cited by Diaz’ legal counsel Lucas Middlebrook.

The embattled fighter’s decision to plead the Fifth Amendment when presented with potentially incriminating questions also rubbed the NAC the wrong way, leading to a negative inference when in fact the law states otherwise according to Middlebrook. He appeared on The MMA Hour earlier this week, detailing the perceived injustice to show host Ariel Helwani:

“Nick was not gonna get up there and be presented with an impartial questioning or examiner. I still feel like the commission was out to embarrass him and for lack of better terminology to trip him up. We did not see any positive value coming from having him answer any of their questions. Instead, he invoked the right that everyone in this country has under our constitution, [which] is to not testify against yourself. And that right includes that a negative inference cannot be drawn against you for invoking that right. We firmly stand by that decision.”

Middlebrook went on to say that the NAC’s behavior in the heated situation gave off an air of bias,, something that will lead to more traction for the appeal he plans to file:

“Any evidence or demonstration that Nick did not receive an impartial hearing, thereby denying him due process is only going to bolster our credibility and our support for an appeal,” Middlebrook said. “It really doesn’t bother me.”

Expanding upon that appeal, Middlebrook stated he was happy about their chances because the facts he brought forth were very relevant whether the NAC deemed them to be or not:

“I really am confident in our case in front of the judicial system. I’m confident because of the facts and evidence we put on in the hearing. I think they were compelling. And I think we have good legal arguments for an abuse of discretion on behalf of this commission and really an abuse of power and the denial of due process. We’ll bring up everything from the comments on minor objections to their misinterpretation of how the Fifth Amendment interplays with the regulations and really just an inability to listen to the facts and make an appropriate decision based on those facts.”

The determined lawyer also criticized the NAC’s behavior in closing, citing the fact that they laughed at his objections at the hearing and didn’t take them seriously:

“I felt from the very first objection to a leading question that I proffered and I kind of got some laughs from a couple of commission members, I knew those objections wouldn’t go very far in the hearing.”

Middlebrook believes the NAC ultimately didn’t take the facts of the matter, which involved Diaz passing two drug screens at a WADA-accredited lab but the commission basing his failure on a varying and absurdly high number from a non-WADA lab, seriously enough, but he expected that.

He clarified that he wasn’t necessarily looking for the NAC to exonerate Diaz because of that argument, but rather for any potential future appellate court to understand the brevity of the situation and realize they had put forth a solid, fact-based defense:

“We felt very confident about the facts and evidence. But I don’t think we were going into the commission with an aspiration that those facts and evidence were going to lead to a great result from the commission. We went in knowing that we needed to present those facts and that evidence in a matter that was clear, that could be understood and provide a really solid record if we had to take it up to a higher judiciary body.”