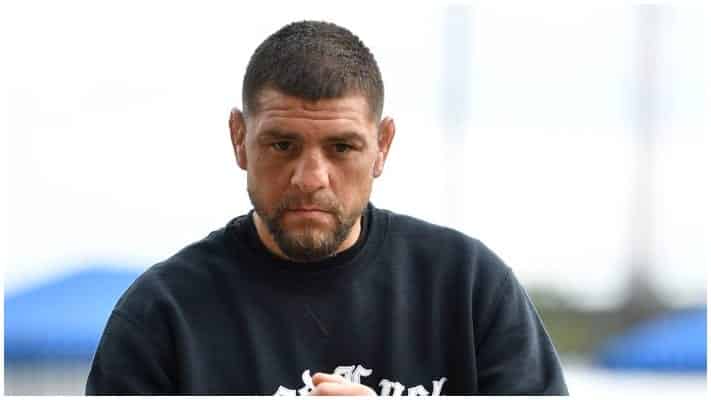 The former Strikeforce champion skipped media day on Wednesday but did sit down with ESPN for a 20-minute interview ahead of his eagerly anticipated rematch with Lawler on Saturday night.

Diaz has no doubts about his ability and believes he could dethrone the welterweight champion, Kamaru Usman if given the chance. However, he says this upcoming fight with Lawler is one he would rather avoid.

The 38-year-old suggested other people have instigated his return to the Octagon.

“All the people around me and all the money and the sponsors, they won’t let me get away from fighting,” Diaz said. “There’s things I could do, but that’s not gonna work out. I might as well just go and take my punches. … I don’t want to look back and say, ‘Why did I not just do it?’ I don’t feel great. I feel great to fight. I don’t feel great about everything (else). If I don’t do this, I don’t know how I’m going to feel about myself.” (Transcribed by MMA Junkie)

Does this talk from Nick Diaz worry you ahead of UFC 266?